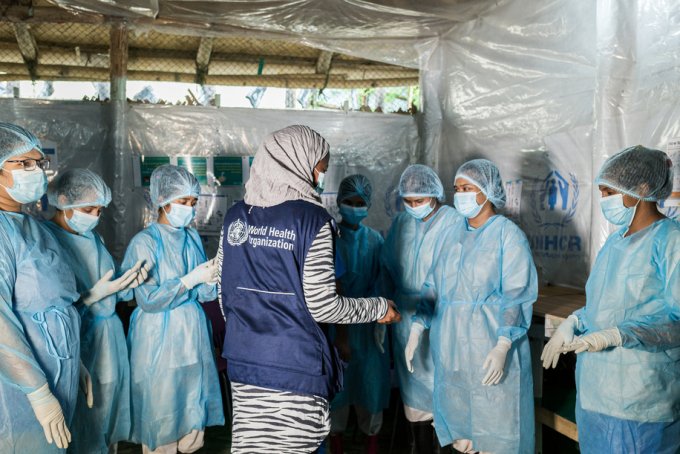 The COVID-19 pandemic is likely to halt two decades of global progress towards Universal Health Coverage, according to reports released on Sunday from the World Health Organisation (WHO) and World Bank, which reveal more than half a billion people are being pushed into extreme poverty because they have to pay for health services out of their own pockets.

The findings launched on International Universal Health Coverage Day, highlighting the devastating impact of COVID-19 on people’s ability to obtain healthcare and pay for it.

In his message marking the Day, UN Secretary-General António Guterres said that with the third year of the pandemic fast approaching, “we must urgently strengthen our health systems to ensure they are equitable, resilient and capable of meeting everyone’s needs, including for their mental health.”

He added that “the shockwaves of this health emergency are hitting hardest those countries that lack health systems capable of providing quality, affordable care for all.”

If the world is to reach the goal of achieving universal health coverage by 2030, there needs to be greater commitment from governments to investing in and scaling up proven solutions.

“This means making more and smarter investments in the foundations of health systems, with an emphasis on primary health care, essential services and marginalized populations”, said Guterres.

The best insurance for resilient economies and communities, is strengthening health systems before crises emerge. “The unequal distribution of COVID-19 vaccines in the past year has been a global moral failure. We must learn from this experience. The pandemic will not end for any country until it ends for every country”, said the UN chief.

In 2020, the pandemic disrupted health services and stretched countries’ health systems beyond their limits. As a result, for example, immunisation coverage dropped for the first time in ten years, and deaths from TB and malaria increased, said the news release from WHO and the World Bank.

The pandemic also triggered the worst economic crisis since the 1930s, making it increasingly difficult for people to pay for lifesaving healthcare.

“Even before the pandemic, half a billion people were being pushed (or pushed still further) into extreme poverty because of payments they made for healthcare. The organisations expect that that number is now considerably higher.

“There is no time to spare,” said WHO chief Tedros Adhanom Ghebreyesus. “All governments must immediately resume and accelerate efforts to ensure every one of their citizens can access health services without fear of the financial consequences.

“This means strengthening public spending on health and social support, and increasing their focus on primary health care systems that can provide essential care close to home.”
“Prior to the pandemic, many countries had made progress. But it was not robust enough. This time we must build health systems that are strong enough to withstand shocks, such as the next pandemic and stay on course towards universal health coverage.”

“Even before the COVID-19 pandemic struck, almost 1 billion people were spending more than 10 percent of their household budget on health,” said Juan Pablo Uribe, Global Director for Health, Nutrition and Population, World Bank. “This is not acceptable, especially since the poorest people are hit hardest. Within a constrained fiscal space, governments will have to make tough choices to protect and increase health budgets,” he added.

In the first two decades of this century, many governments had made progress on service coverage, said WHO and the World Bank.

In 2019, prior to the pandemic, 68 per cent of the world’s population was covered by essential health services, such as reproductive health services; immunisation services; treatment for HIV, TB and malaria; and services to diagnose and treat noncommunicable diseases like cancer, heart conditions, and diabetes.

But they had not made care more affordable. “As a result, the poorest groups and those living in rural areas are the least able to obtain health services, and the least likely to be able to cope with the consequences of paying for them.”.