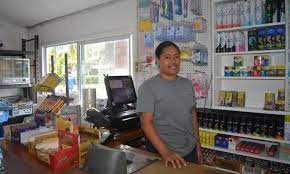 On Friday, the tiny Pacific country, one of the few countries to avoid any Covid cases throughout the pandemic, announced its first case: a 10-year-old boy who arrived on a flight from Auckland to Rarotonga, the main island in the country.

“I was honestly going to quit my job and stay home when I found out it was a positive case. I was shocked and scared at the same time,” said Ake Vailoa, who works as a shopkeeper for a small store on the edge of Rarotonga’s main town.

People scrambled, considered closing stores and businesses, worried about the implications for a tourism industry that is on the cusp of reopening and for the health system.

And then, on Sunday, officials announced the case was historical. While the boy had returned two “weak positive” Covid-19 tests while in managed quarantine after arriving in Rarotonga on Friday, his final test came back negative, and he was deemed not to be infectious. The country is still considered Covid-free.

Secretary of health, Bob Williams, said testing for Covid-19 can be complex. “It is not always as simple as ‘positive or negative’.” After the two weak positive results, Williams said they took the approach of assuming the boy was positive until they got information saying otherwise.

“Today’s negative results is that information. It means we did not detect any virus in the mucus sample we took from the boy. This is good news. We are fortunate that our entry protocols detected this possible case, and we have followed our protocols reaching this satisfactory result. But it also emphasises the need to remain vigilant.”

The Cook Islands has gone almost two years Covid-free, with islanders able to go about life with pre-pandemic freedoms. The tourism-dependent country has shut its borders to international travel, with devastating economic implications, but has kept the raging pandemic at bay and now has vaccinated more than 96 percent of its adult population.

But the alarm over this historical case raised concerns about how the Cook Islands will cope when borders reopen and international travel resumes as planned in mid-January. An attempt at a travel bubble with New Zealand earlier this year, which saw tourists briefly return to the Cook Islands, was halted just weeks later after New Zealand began reporting cases of Delta.

Caleb Tatuava, co-owner of the newly opened Soul Cafe and Barbershop said that for him and his staff it was also a bit of a big scare.

“For a little bit there we thought that the borders opening up to New Zealand in January would be extended and we would then take a loss from that. Once it came out on the news that it was a weak case, things were suddenly all good.”

Mindey Berret works in tourism and hospitality and said when she heard news of the case she wondered whether reopening the country to international travel was the right decision.

“Hearing the news you realise that there could have been potential for the borders to remain closed for longer and for there to be community spread. I started asking things like ‘Is the hospital and health ministry prepared?’ I realised the industry that I’m a part of, which is tourism, would probably be negatively and adversely impacted.”

However, she expressed her gratitude to the government’s proactiveness and how they assembled quickly, not hiding anything from the public.