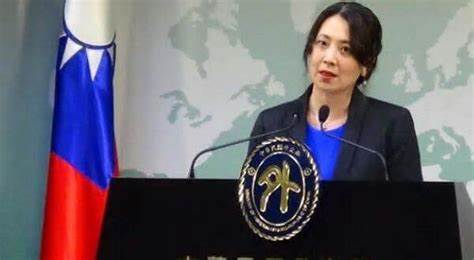 Taiwan’s government on Monday denied involvement in the recent bloody riots in the Solomon Islands after the leader of the former Pacific Island ally accused Taipei of being involved earlier in the day.

Solomon Islands Prime Minister Manasseh Sogavare on Monday survived a no confidence motion in parliament, after accusing the Pacific nation’s most populous province, Malaita, of being “Taiwan’s agent,” and anti-government protesters of attempting a coup.

Dozens of buildings were burned, and shops looted in the capital of the Pacific Island nation over a week ago, with four deaths after Sogavare refused to speak with protesters who had travelled from Malaita province.

Opposition leader Matthew Wale, who initiated the no-confidence motion Monday, had told parliament before the vote that Sogavare was “in the service of a foreign power,” accusing him of using money from China in a national fund to prop up his political strength.

The motion ultimately failed, with 15 parliamentarians voting in support, 32 against and two abstaining.

Sogavare, now in his fourth stint in office, rejected graft accusations, saying he would not submit to “calls to resign by Taiwan’s agents.”

“The call for me to resign and this motion was made against the backdrop of an illegal attempted coup,” he said, blaming the Malaita provincial government.

Malaita has a history of disputes with Guadalcanal province, where the central government is located, and opposed Sogavare’s 2019 decision to sever diplomatic relations with Taiwan and switch to China.

Sogavare Monday defended the diplomatic switch, saying that the decision was made because China was an economic powerhouse, adding that it was unlawful for provinces to engage in diplomatic relations with other countries.

Asked to comment, Taiwan’s foreign ministry spokeswoman Joanne Ou condemned the accusation raised by Sogavare as “irresponsible,” saying that the leader of the Solomon Islands has wrongfully blamed Taiwan and pro-Taiwan people in his country for the riots.

The riots in the Solomon Islands were in fact due to the dissatisfaction of their people with Sogavare’s poor governance, according to Ou.

Ou reiterated Taiwan’s stance in calling for a peaceful and rational resolution of the disputes between the people of the Solomon Islands and their government.

Taiwan urges the Solomon Islands’ central government to listen to its people instead of trying to rule the Pacific nation by copying the authoritarian rule of the Chinese government, she added.