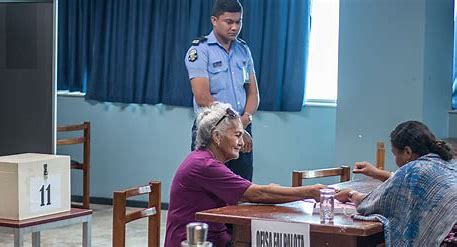 Voting is underway for six by-elections in Samoa.

The by-elections followed the election petition process after the controversial general poll held on 09 April, which led, eventually, to the FAST Party assuming power.

The long-time ruling party, the HRPP, which trailed FAST by one seat after the poll, then lost seven seats in the petition process.

This week the HRPP candidate for Falealupo, Tuitogamanaia Peniamina Jr Leavai, was disqualified by the courts, so the seat passed to the FAST candidate Fuiono Denina Crichton.

Last month the FAST administration approved amendments required to address certain issues arising from recent court decisions regarding eligibility for candidacy and to provide clarity for the administration required for elections and by-elections.

The new amendments saw the return of voters to voting booths to cater for rural and Savai’i voters.

During the general election in April, all the registered voters casted their ballots at their respective constituencies