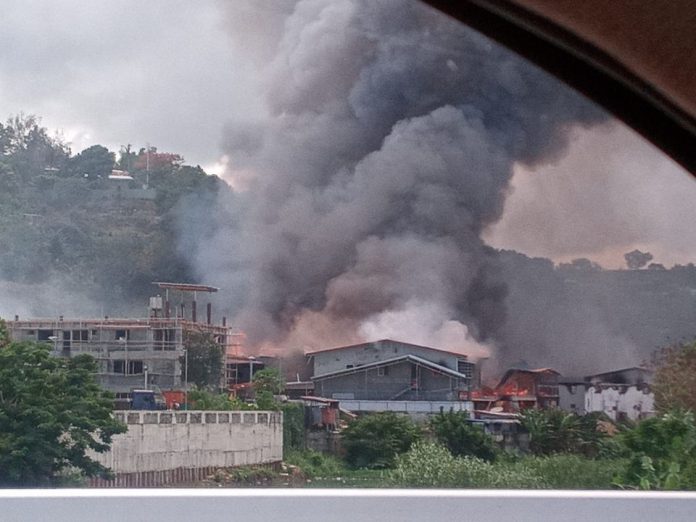 People Alliance Party Leader, former Prime Minister and peace envoy to the Pacific Sitiveni Rabuka is urging all Fijians to pray for the people in the Solomon Islands as the country is going through a turmoil.

Rabuka in a press conference today said he is not speaking on behalf of the Government or opposition political parties but as a former peace negotiator.

“I was first invited to start negotiation of peace in Honiara, Solomon Islands in 1999. While I was there I came across an incident where a local was going to be executed,” he said.

“I had received news of the incident and went out in the push to order them to stop. This was when I was no longer in the Army nor were they my soldiers.

“They had stopped the execution after they were ordered by me. The man whose life was saved wrote to me in July 1999 to show his appreciation,” he said.

“I am concerned with the deterioration of Solomon Islands, they are part of the Pacific Forum and Melanesian Spearhead Group.”

“I ask for all Fijians to pray for Solomon Islands especially the leaders of religious group on the recent chaos in Honiara.

“I urge the people of Solomons to refrain from violence and make effective use of lawful means to express their concerns in a disciplined and responsible way.

“The Solomon Islands government and various authorities should listen more carefully to the people’s concern and incorporate their concerns into their decision making process,” he said.

He welcomed Australia’s expeditious response in sending a peacekeeping force and expressed hope that normalcy will be restored in the nation, particularly in Honiara.

Social Democratic Liberal Party (SODELPA) is closely following the events that have transpired at Honiara during the last 42 hours with great concern.

“We note that it is a domestic issue for the government and people of the Solomon Islands.

However, the Party wishes to remind our fellow islanders that any attempt to destabilise the governance and affairs of the country comes at a great cost, with the common people bearing the full brunt of it,” SODELPA leader Viliame Gavoka said in a statement.

The Party also calls on the Government of Fiji to work closely with our neighbours, the Solomons, to ensure Fijians living there are secure and safe.

“SODELPA acknowledges the prompt response from the Australian Government to assist the Solomon Islands Government under the 2017 Bilateral Security Treaty.

“It is our fervent hope and prayers that the government of the day and its people will be able to reach a common ground for the good of the Solomon Islands and the greater Pasifika region,” Gavoka said.

Meanwhile, a Fijian woman was escorted away from her hotel in Honiara, Solomon Islands Thursday following the second day of uncontrollable riots.

Salote Mataitini who is a pilot for Air Kiribati has been stuck in Honiara for the last two days as violence and rioting worsens in the capital.

Mataitini said she and her crew have been taken to a safer hotel away from China Town which is currently a hotspot for violence.

“I have been told that all the Solomon domestic aircrafts have been flown to an outer island called Munda for safekeeping,” she said.

“The Solomon Islands A320 is currently in Brisbane, the one she was supposed to go on but their flight has been cancelled.

“We have been evacuated to a safer hotel away from China Town which is currently a hotspot for violence. We left our suitcases in the truck and going by the quarantine bus.

“We were escorted out from Honiara Hotel by staff and volunteers from the Solomon Red Cross Society. We are now safe in a hotel in the city,” she said.

She in a social media post said many people feel safer with the arrival of Australian Defence Force.

“The fire trucks have finally arrived and the firemen are trying to put out the remaining fires. Looks like we’ll be safer today after the arrival of the Australian Defence Force,” she said.

“On Wednesday, I watched the protestors burn a bure in front of Parliament house from a distance Thursday was worse, because it was happening right in front of my hotel room.

“I was planning to sleep the whole day after the long flight from Kiribati on Wednesday but instead I was watching Chinatown burn,” she said.

Most of the protesters in Honiara are reportedly from the neighbouring island of Malaita. People on the island have long complained of neglect by central Government.

They strongly opposed the decision to switch the country’s diplomatic allegiance from Taiwan to China in 2019.