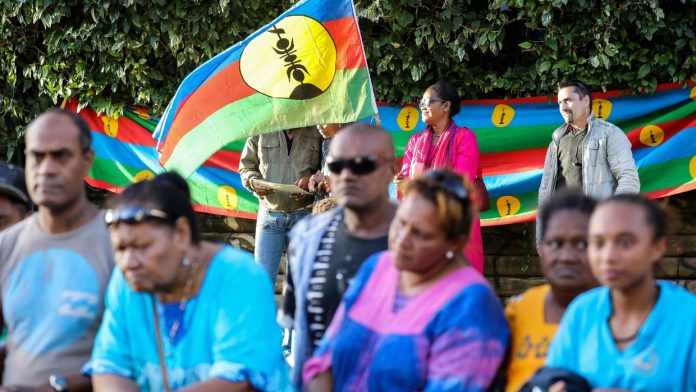 Pacific Elders’ Voice have urged the French President to respect the wishes of indigenous leaders in New Caledonia who have called for the deferral of the third independence Referendum due to a spike in COVID related deaths.

“We understand that the proposed third Referendum under the Noumea Accord, scheduled for 12 December, is not supported by the indigenous peoples of New Caledonia,” said the Pacific Elders in a letter delivered to President Emmanuel Macron.

“We are aware of their concerns, as we across the Pacific in Micronesia Polynesia and Melanesia have faced tragedy with the deaths of our peoples, greater isolation as well as the economic downturn of our economies.”

“We acknowledge and understand the concerns of our brothers and sisters in New Caledonia and their wishes to defer the Third Referendum until all mourning protocols have been adhered to at time of death burial, and throughout our traditional mourning periods time.”

The 1998 Noumea Accord allows for three Referendum votes to determine whether New Caledonia becomes an independent state. Independence was rejected in the first two polls held in 2018 and 2020. In October this year the pro-independence, Kanak and Socialist National Liberation Front (FLNKS) called upon the French Government to postpone the third and final December ballot until 2022, however this reasonable request has been ignored.

The Elders recalled President Macron’s visit to Ouvea, New Caledonia in 2018, when he stood with the Kanak peoples at a time for remembrance of great tragedy and pain, and his wise words were that ‘we are no longer in a time of possession but of choice, and collective responsibility’.

“We urge you to be open to the voice of the leaders of the Kanak peoples and show consideration and respect for their wishes. We urge this so that the situation does not turn to violence and that dialogue remains open. We urge this so that whatever decision is made for the future of the peoples of New Caledonia it is made under the auspices of a fair, just, transparent, and peaceful Referendum.” said the Elders in their letter to Macron.

They provide guidance, advice and constructive policy inputs for current and future challenges and opportunities facing the Pacific.