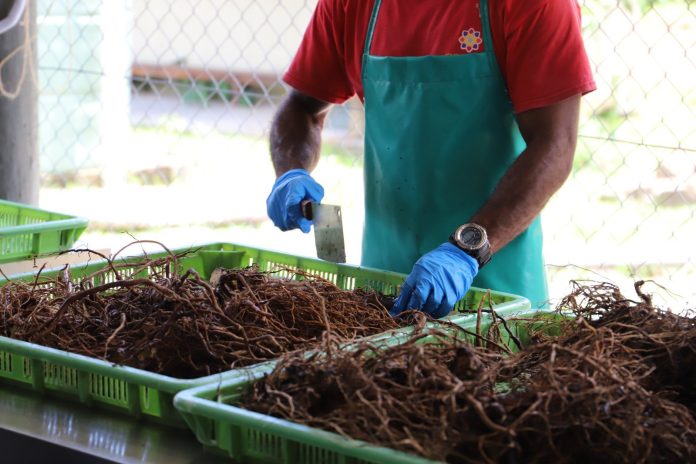 Pacific kava farmers and producers will now have direct access to the Australian market under Phase Two of the Morrison Government’s Kava Pilot, recognising the significant cultural and economic importance kava has for Pacific communities.

From 01 December, producers will be able to apply to import kava for commercial purposes under the two-year pilot. The quantity of kava that can be imported for personal use has already been doubled from two kilograms to four kilograms under Phase One of the pilot.

Minister for International Development and the Pacific, Senator Zed Seselja, said he saw firsthand the cultural and economic significance of kava to Pacific communities, including diaspora in Australia, during a recent visit to Fiji.

“Many businesses in Fiji and across the Pacific have been hit hard by COVID 19, so the excitement for the kava pilot was palpable,” Minister Seselja said.

“Through improved access, the pilot will provide greater cultural connection for Pacific diaspora in Australia, as well as a welcome economic boost for the agricultural sector and rural communities across the Pacific.”

“Supporting Pacific farmers’ access new international markets, like Australia, is a key pillar of Australia’s Pacific Step-up that will see stronger agricultural development and investment, translating into more and better jobs across the region.”

Pacific island communities form an essential part of Australian society. They will now have increased access to kava for ceremonial and cultural purposes.

Minister for Health and Aged Care, Greg Hunt, said the kava pilot will be strictly monitored and will comply with Australia’s high-quality importation and food standards.

“The Morrison Government will undertake robust monitoring and evaluation of the pilot, working closely with state and territories, recognising their regulatory role in the domestic supply and use of kava,” Minister Hunt said.

“It is important Pacific communities here in Australia stay connected to their culture, including access to kava for ceremonial and cultural use, while the Government ensures strong social, health, and cultural outcomes are protected across Australia.”

The Australian Government has commissioned the National Drug and Alcohol Research Centre at the University of New South Wales and Ninti One Limited, an Indigenous owned organisation, to undertake monitoring and evaluation of the pilot. At the end of the two-year period a report will include a recommendation on the future of kava imports to Australia.

Australian businesses can take part in the commercial kava pilot by applying for an import permit from the Department of Health.