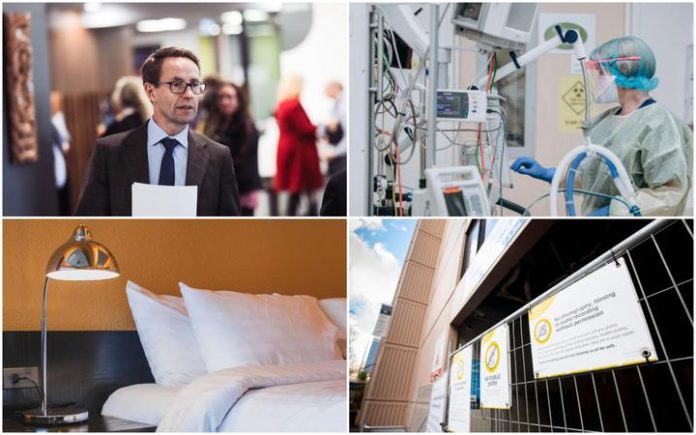 Pacific leaders say offering “visas for vaccinations’ would be the ultimate incentive for New Zealand overstayers to get the covid-19 jab, as Auckland struggles to stop delta variant infections spreading through the community.

It comes as epidemiologists say the government needs to pull out all the stops to get people vaccinated amid rising case numbers.

Immigration lawyer Richard Small of Pacific Legal called for visas only to be granted to those who get inoculated, and an amnesty to overstayers who are double-jabbed.

The Ministry of Health reported a record 102 community cases today, the first time the number of new cases has reached triple figures.

Director-General of Health Dr Ashley Bloomfield said on the current trajectory there could be up to 180 cases a day within two to three weeks. The number of these cases that ended up in hospital would depend on how many had been vaccinated, he said.

The latest modelling showed there was not a large amount of undetected cases, and the numbers being found were what would be expected, he said.

The Pacific Leadership Forum is calling for an overstayer amnesty through a parliamentary petition, which won support from the Employers and Manufacturers Association.

The forum’s Pacific Response Coordination Team chair Pakilau Manase Lua said that adding in an immigration incentive to that amnesty would be very effective.

“I would guarantee that probably 99.9 percent of overstayers would come out of the woodwork and get vaccinated if that was their pathway to residency or amnesty to get their papers to be legal here,” Lua said.

“They’re desperate. It was hard enough before covid arrived for these people to survive – they have to work, they have to find a way to make ends meet.

“Moving from house to house and at the whim of the family and friends who are sheltering them. And that’s a risk to themselves and to others if they’re not vaccinated”

Among an estimated 14,000 overstayers, the highest numbers without valid visas are from Tonga and Samoa.

A fifth of the current active covid-19 cases are among Pacific people, and their fully vaccinated rates are lower (at 59 percent) than the national average (67 percent).

If the government was concerned an amnesty would be unpopular, it needed to make sure politics did not trump public health, said Lua.

“The optics don’t matter, it’s life or death – in a pandemic, what are optics compared to human lives? We’ve got a virus raging in South Auckland among our communities where most overstayers are living.

“And despite all the reassurances to go out and test and to get vaccinated, we know that many have yet to be vaccinated – some have gone in, but the majority have not.

“Rightfully, they fear authority – these are people who are hiding from authority because they’ve got deportation orders or other things that are hanging over them.”

Tongan Manase Lua, an overstayer as a child during the Dawn Raids era before an amnesty gave his family a permanent future, said launching a similar reprieve now would also recognise the reality that no-one could be deported back to the Pacific Islands while there was a risk of them spreading covid-19 there.

It was mind-boggling that the government was disregarding the risk, as well the contribution overstayers make, he said.

“They’re resourceful, they work hard, they often do the work that nobody else wants to do on the front lines — while we’re working from home and in the safety and security of home, they’re out on the front lines picking fruit, cleaning the floors, mopping the hospital floors and all the hard work that we take for granted.

“So they would love this opportunity to be a person, be a human being in the country that says it’s kind.”..

Bill for an Act to amend the Fiji Electoral Registration of...

Micronesia to lose access to Pacific-led resilience fund if it leaves...