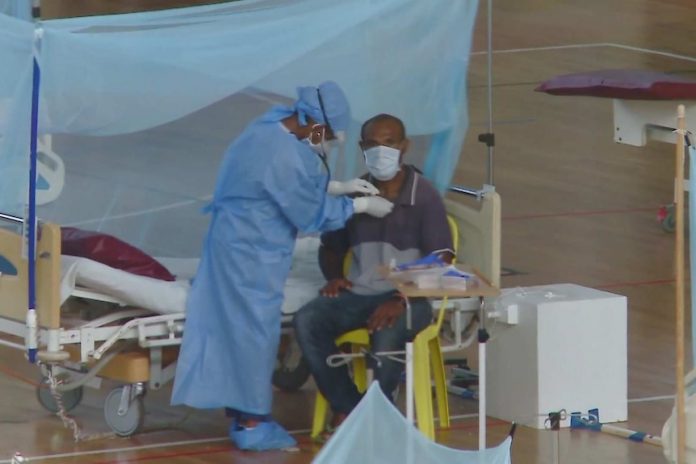 The highly infectious and deadlier Covid-19 Delta variant infection is surging fast – up 94 cases from 97 on 26 September to 191 on Sunday (three weeks).

In Madang, 49 new Delta cases were reported on Sunday.

And National Pandemic Controller David Manning said the Government would push for a higher vaccination rate as it had set a target to have 1.9 million people vaccinated by end of 2021 – that is about 10 weeks from now.

“It is a tall order for all provinces to step up the drive to meet the vaccination target. They have been given a set target,” he added.

Manning told The National from the time the vaccines first arrived in PNG in April, the vaccination percentage rose from 0.1 per cent to 9.8 per cent in seven months with a total of 290,513 people vaccinated.

A total of 183,856 people have received one dose of the vaccine – AstraZeneca, Sinopharm and Johnson and Johnson.

“All provincial health authorities must work on their vaccination rollout programme.

“The National Control Centre (NCC) does not need to tell the authorities what to do.

“They are on the ground and they are aware of what is needed for their vaccination rollout.

“All we can do is to provide support.

“Send to us what is planned to be carried out to boost the vaccination rate and then we can come with support.

“Each province through its provincial controller and health authority have been given targets depending on their size, geography and accessibility.”

Manning said: “Some provinces have higher rural population but we have set a target.

“If a province achieves above their target, it would be a great.

“All 22 provinces need to sit with us to come up with ways we can assist each other on the vaccination rollout programmes.

Three governors (from West Sepik, Jiwaka and Gulf) have signed a tripartite agreement with us for their programmes.

“When you talk about ‘herd immunity’ we still have a long way to go.

We would like to see at least 80 per cent of the population vaccinated before 2022 ends.”

Southern Highlands registered only one per cent of vaccination with only 1,287 fully vaccinated out of 133,846 people eligible for vaccination.