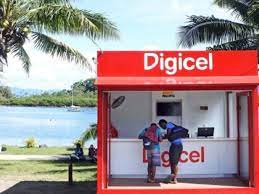 A deal to provide more than $1.5 billion (US$1.1 billion) in taxpayer money to help Telstra buy telecommunications assets in the Pacific is weeks away from being sealed.

Senior officials in Prime Minister Scott Morrison’s department and the Department of Foreign Affairs and Trade have been discussing the prospect of the Australian telco giant buying Digicel Pacific, owned by Irish billionaire Denis O’Brien, since late last year.

The Sydney Morning Herald and The Age have obtained internal emails from the Department of Prime Minister and Cabinet under freedom of information (FOI) laws that show the discussions were being held at the highest levels of the government, with media coverage of the issue being closely followed as early as January.

Senior government sources, who spoke on the condition of anonymity, confirmed final negotiations between Telstra and Digicel were still underway, with a deal to be announced as early as November. Telstra declined to comment.

Under the proposal, revealed by The Herald and Age in July, Telstra would spend between $200 million (US$147 million) and $300 million (US$221 million) of its money and the government would provide an equity investment of the remaining $1.5 billion (US$1.1 billion) at an interest rate of 3 percent. Barrenjoey is advising Telstra and Macquarie has advised the government, while former treasurer Joe Hockey’s firm Bondi Partners is working with Digicel.

The specific reasons behind the joint offer have not been publicly confirmed, but senior government and telco industry sources have indicated it is to do with potential interest in the assets from Chinese telecommunications companies.

China’s influence in the Pacific region has grown in recent years through providing loans and foreign aid to small countries. The federal government has spent almost $100 million (US$73 million) on an undersea cable from Australia to Papua New Guinea and the Solomon Islands to stop Chinese telco Huawei gaining a foothold in the Pacific.

On 14 January, Department of Prime Minister and Cabinet assistant secretary Max Willis emailed the department’s first assistant secretary Brazier Roderick about an article in the Herald and The Age which reported that the Morrison government was considering a loan to other private bidders looking to acquire Digicel’s assets. “Another article on Digicel,” the email read. “The report says that China Mobile is the most likely buyer for the company rather than ZTE or Huawei as previously reported in AFR [The Australian Financial Review].

“The article also says O’Brien’s reported asking price of US$2 billion exceeds the US$1 billion valuation of industry sources,” another memo read. On 15 July, Willis also sent an email to a number of senior officials, including Department of Prime Minister and Cabinet secretary Phil Gaetjens, noting a question had been asked of then-DFAT secretary Frances Adamson about Digicel at the National Press Club.

The government refused to release the rest of the documents it found in the FOI request, with most rejected because the correspondence would damage international relations.

Another FOI request, which asked for correspondence about Digicel between DFAT and Telstra, or DFAT and Bondi Partners was refused because there were more than 350 documents. A revised request, which asked for correspondence between DFAT and Liberal MP Marise Payne’s office about the proposed deal involving Telstra, was refused because it captured more than 250 documents over a six-month period.

Jonathan Pryke, director of the Lowy Institute’s Pacific Islands programme, said it was the single biggest play the Australian government has ever made in the Pacific, but cautioned it did come with a number of risks.

“Getting a big blue-chip company like Telstra to have a stake in the region is a good thing for Australia,” he said.

“There’s also a risk that any Australian business that is considering engaging in the Pacific will look for assistance. You will be setting precedent.”

He said the government was also keen for Australian businesses like ANZ to remain in the Pacific. “Those organisations could now be asking: ‘What are you going to do to entice me to stay?’.

“It doesn’t come without risk, there’s no guarantee Telstra will be an effective operator. The Pacific is a difficult place to do business.”

Telstra chief executive Andy Penn said at the company’s annual results in August it did not have an interest in Digicel until it was approached by the federal government.

Telstra’s existing international division, which is where Digicel would sit, holds a large sub-sea cable network that has licences in Asia, Europe and the U.S. This division allows Telstra to facilitate data traffic for the company’s major clients including Google, Facebook and Microsoft. Telstra chairman John Mullen assured investors several months ago the telco would not buy the assets if they don’t deliver a return to shareholders or fit within the company’s broader strategy.