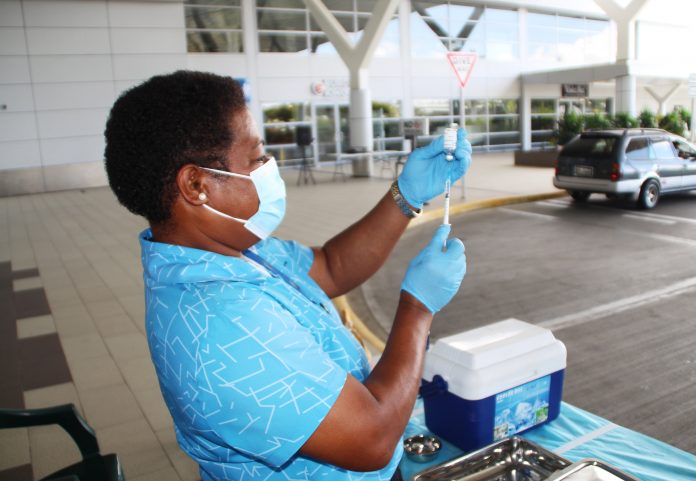 Fiji’s High Court has struck out the constitutional redress filed by Lautoka lawyer Aman Ravindra Singh on the no jab no job policy.

The matter was called in the High Court Thursday, however Singh did not appear on time.

Chief Justice Kamal Kumar then struck out the case.

A similar application has been filed by the Fijian Teachers Association.

Meanwhile, an employment legal expert in Fiji says compulsory vaccination for parts of the workforce is not a new idea to governments.

Fiji announced Covid-19 mandatory vaccination in July where public servants were told they would need to be fully vaccinated.

Prime Minister Frank Bainimarama directed this section of the workforce to vaccinate against the virus by 01 November or face losing their jobs.

He said people who received the state benefits would also need to get the jabs.

Workers rights’ advocates and legal experts in Fiji had labelled the government’s Covid-19 response as being “more of a fire brigade approach” and that it was not in control of the fight against the deadly virus.

Suva lawyer Jon Apted said the issue during the Covid-19 pandemic was how far and in what circumstances the requirement for a person to be vaccinated as a condition of some benefit could be imposed by a State, an employer, school or public person like a retailer or shop.

Apted highlighted this during an online annual lecture series organised by the Citizen’s Constitutional Forum (CCF).

But following World War II and the Nuremberg experiments, a new right was introduced and that right was now reflected in Fiji’s Constitution.

“The freedom from medical experimentation, scientific treatment and medical treatment without your consent, so this is the novel area.”

Apted said the coronavirus was the ‘first real international pandemic’ since the right had come to be recognised.

He said many countries had accepted they could impose it, not as a requirement for compulsory vaccination “but as a mandatory condition for certain things”.

Fiji is expected to reopen its borders to fully vaccinated international travellers in November.

Apted said no country had yet said that its people must be vaccinated against Covid-19 or face penalties and fines.

Apted said in some countries, unvaccinated persons could not go to restaurants, night-clubs or places where they were in close proximity to other people and where they risked infecting them.

The lawyer said in those cases, limitations would arise and they could justify them based on a person’s right coming into conflict with the rights of others and balancing the two rights.

He said what people needed to realise was that no right was absolute.

British diplomat on climate: ‘This is existential’