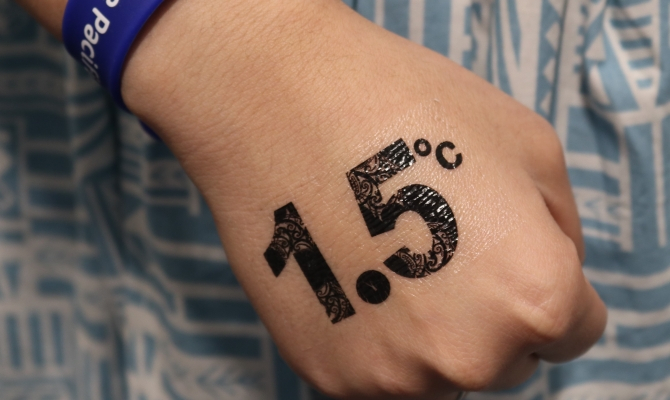 Building a strong Pacific islands negotiations block at the world’s largest climate change conference is gaining momentum less than two months away from the Twenty-Sixth Conference of the Parties to the UN Framework Convention on Climate Change (COP26).

Working with Pacific Island Parties, the Secretariat of the Pacific Regional Environment Programme (SPREP) in partnership with the IMPACT Project (Climate Analytics) and tone One Council of Regional Organisations in the Pacific-Plus team (One CROP+) is currently implementing a Profiler Series.

The series is a half-day virtual activity designed to better equip Pacific islands negotiators with a stronger understanding of important issues to the Pacific islands, to empower Pacific negotiations at the global level.

Climate change is the greatest threat to the security of Pacific islands people, and as such, the Pacific islands undertake every action possible to bring the world to 1.5 ˚C warming as agreed to in the Paris Agreement.

“We are stronger together, and we must continue to stand strong and flex for 1.5 as we lead into COP26. We have so much adversity facing us as a Pacific islands group, COVID-19 exacerbates all climate change impacts, our engagement at the event in Glasgow is hindered, and we already are on the frontline of climate change – we are experiencing the effects now,” said Tagaloa Cooper, Director of Climate Change Resilience of the Secretariat of the Pacific Regional Environment Programme (SPREP).

“Now more than ever, it is essential that we support our Pacific Islands in pushing for greater ambition at COP26 to ensure we do not exceed 1.5 ˚C.”

COP26 is hosted in Glasgow, Scotland from 31 October – 12 November, having had to reschedule the event from 2020 due to COVID-19. Twelve out of the 14 Pacific Island Parties to the UNFCCC have committed to physical attendance and engagement at the event which will finalise the “Paris Rulebook” which are the rules needed to implement the Paris Agreement that limits global warming to 1.5˚C.

The Intergovernmental Panel on Climate Change (IPCC) Report released in August this year clearly states that achieving a 1.5-degree world is still possible, although the window to do so is rapidly closing.

While it may seem minute, the IPCC has reaffirmed the huge difference in impacts between 1.5˚C and 2˚C degrees of warming. In the long-run, at least 3 metres of sea level rise can be avoided if we limit warming to 1.5˚C instead of 2˚C.

Limiting warming to 1.5°C would strongly reduce climate risks and avoid the most destructive impacts of climate change by at least 50% compared to a 4°C world.

This is true for heat waves, extreme precipitation and drought in drying regions. But even at 1.5°C of global warming, extreme climate risks such as heat waves, heavy rainfall, drought and storms will become more intense and frequent around the globe.

For the Pacific islands this confirms what they already know – that the most intense tropical cyclones are increasing in intensity and will continue to do so.

“It’s the post pandemic period. The global economic and social disruption caused by COVID-19 will mean countries around the world are now beginning to focus on how to rebuild their economies back again. Economies bouncing back will mean associated emissions will also bounce back,” said Felicia Pihigia Talagi, Director of Project Management and Coordination Unit of Niue.

“COP26 will play a crucial role in determining this road to recovery, our road to a low carbon and resilient economies.”

The Profiler Series is a half-day virtual activity, which covers Article 6 on Carbon Markets, Loss and Damage as well as Adaptation, and the Climate and Ocean Nexus. Each session has been designed to help Pacific Island Parties strengthen their knowledge and understanding of the topics, with help from experts at SPREP, Climate Analytics, One CROP+ and from the Pacific Island Parties that are well versed and experienced in these issues at the Climate Change negotiations.

“The sessions are important because they support Pacific Small Islands Developing States (SIDS) delegations get up to speed on the ongoing developments leading up to the Conferences of the Parties. To do this, the technical support team from SPREP, Climate Analytics, and other support agencies and partners do much of the tracking and research in ways that we would not be able to do on our own due to limited time and resources,” said Xavier Matsutaro, the National Climate Change Coordinator of Palau.

“Moreover, they have the institutional memory and experiences that began since the early days of the COPs. As a result, those memories and experiences help us understand better the history and complexity of key issues that are important to our region.”

The Profiler Series adopted a “Talanoa” style format and structure allowing for discussions on where we were, where we are, where do we want to go? And how do we get there? The sessions are open to Pacific Island Parties only, with the topics on Loss and Damage and Adaptation, and Article 6 on Carbon Markets held on 15 and 17 September respectively. The session on Oceans and Climate Nexus is scheduled for 23 September 2021.

The COP26 Profiler Series is coordinated by SPREP in partnership with Climate Analytics and the One CROP+ Team.

Australia to stand with Pacific islands on climate crisis and ‘respect’...

Oceans under threat like never before, warns World Meteorological Organisation