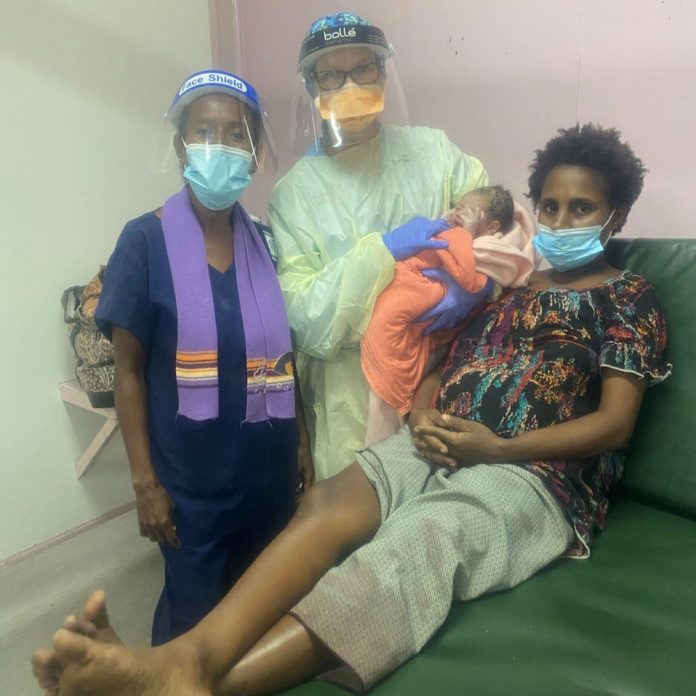 A medical doctor working at Daru Hospital in Papua New Guinea became the latest death due to COVID-19 reported in less than two weeks.

The doctor was medevaced to Port Moresby last Tuesday when she suffered severe distress and sadly she succumbed to the disease at the weekend.

Deputy Controller of the National Pandemic Response Dr Daoni Esorom conveyed his condolences to her immediate family and relatives as well as colleagues.

Dr Daoni said, “Daru Hospital has lost three people to COVID-19 in less than two weeks. These are people who are still in their prime age, but that’s what COVID-19 does. Delta variant is also spreading in Western Province so unless it is proven otherwise, we can say that this is due to Delta variant because the virus spreads fast and is deadlier for those with comorbidities and the elderly.”

Dr Daoni has also appealed to the people throughout the country to listen and adhere to the Niupela Pasin or New Normal by hand washing, covering coughs with elbows (or a tissue which must be discarded properly), avoid crowds and maintaining physical distancing of 1.5 metres from the next person when in public.

“When you protect yourself from diseases like COVID-19 by following health measures, you are not only looking after yourselves and loved ones but also protecting the people who would look after you if you ended up in a health facility – the health workers,’’ said Dr Daoni.

He said statistics show that of the 18,808 confirmed cases of COVID-19 in the country, 1,705 are health workers which is nine percent of the total confirmed cases. A number of them have also died.

Meanwhile, the Daru hospital is still open but has scaled down its operations to emergencies and COVID-19.

Chief Executive officer of Daru hospital Dr Niko Wuatai said the patient flow in the hospital has been re-arranged and wards have been prepared should the hospital get a large number of admissions.

He said Daru is experiencing a third wave of the pandemic and as of Tuesday, the hospital had reported 89 positive cases over a period of two weeks. Of this figure, seven have been admitted to the hospital. Three are still in the hospital. One of the admissions was a doctor who was medevaced to Port Moresby on Tuesday, but unfortunately died.

Dr Wuatai said Daru Hospital had reported three deaths last week, two of which were positive inpatients; one a surgical patient and the other one was a medical admission. He said they have requested a clinical team from Port Moresby to be sent to Daru through the Emergency Medical Team at NCC.

“We are monitoring the situation on the island very closely given the independence celebration and the large number of people currently on the island,” he said at the end of last week.