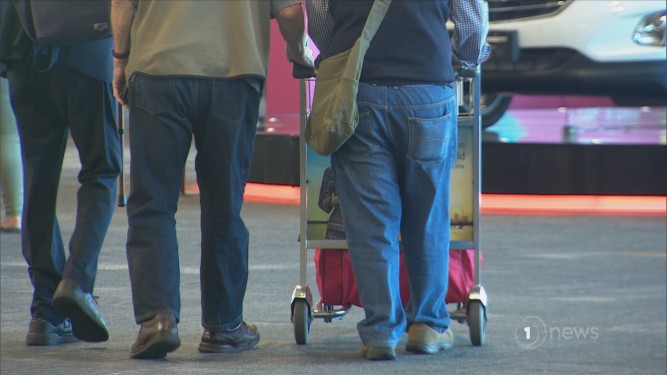 Deportation of Pacific overstayers is continuing despite the global Covid-19 pandemic putting pressure on island nations.

Fiji has been particularly ravaged by the virus of late, with hospitals overrun with infected patients.

And yet New Zealand, with its largely successful Covid response, continues to deport members of the Pasifika community – with 17 people sent back to Fiji this year.

Members of the Pacific Leadership Forum say it is unacceptable.

“Countries like Fiji, when they are being hammered with Covid and now New Zealand is deporting their people back there – it’s like throwing somebody in the lion’s den,” Makahokovalu Pailate said.

Figures obtained by 1News reveal around 60 Pasifika were picked up and deported by Immigration New Zealand since the pandemic took hold in 2020 – including more than half to Samoa and Tonga.

Add to that what officials call “self-deportation” and the total number of deportations rise to 144 since last year.

Asked if it was acceptable to be deporting people during a global pandemic, Covid-19 Response Minister Chris Hipkins said “ultimately different countries will make different decisions on that”.

“I think we need a temporary amnesty on deportations to avoid spreading anxiety in the Pacific community or any migrant communities in New Zealand at the moment,” epidemiologist Professor Michael Baker said.

At Parliament last month, one man described how his family was forced to flee immigration officials in May last year.

The latest outbreak centred around the Pacific community has highlighted the need for trust in the system.

“Because we are still deporting people, overstayers will keep hiding, they won’t come out,” Pailate said.

Green Party MP Teanau Tuiono agrees and is calling for the Government to grant permanent amnesty.

“Amnesty for overstayers and pathways to residency can also be a public health response … because you remove all those barriers,” Tuiono said.

The Government’s recent apology over the Dawn Raids is viewed by some as a missed opportunity for amnesty.

Immigration Minister Kris Faafoi said considerations for overstayers, including amnesty, are part of an immigration review expected by the end of the year.

“This is my challenge to the Honourable Minister – make a decision. People’s lives matter in this situation; you can’t keep saying ‘soon’, ‘soon’, ‘soon’,” Pailate said.