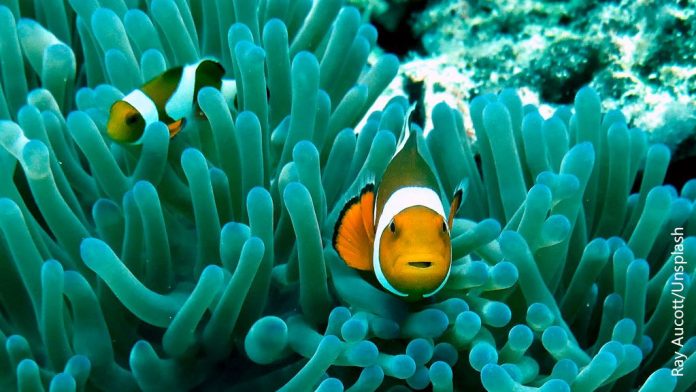 The Asia and Pacific region is home to three-quarters of global coral reefs and more than half of all mangrove areas.

The region’s aquaculture production supplies 60 percent of the globe’s total fish consumption. However, the region is also the epicentre of marine plastic pollution. Overharvesting of fish here is also putting global food security and, indeed, the entire seafood industry in peril.

So why aren’t governments and multilateral institutions acting faster to fix the problems of ailing oceans? The progress toward healthy oceans is hugely limited by one challenge: money.

“So far, funding for ocean projects has been short-term, piecemeal, and generally focused on mitigating the impacts of marine industries. The severity of the problem requires a transition from small deals to transformative market transactions,” said Bruno Carrasco, Director General, Sustainable Development and Climate Change Department, Asian Development Bank (ADB).

In 2019, ADB launched its Action Plan for Healthy Oceans and Sustainable Blue Economies for the Asia and Pacific region. The plan aims to expand financing and assistance for ocean health and marine economy projects to $5 billion from 2019 to 2024, including co-financing from partners. Blue bonds are debt instruments in which the proceeds are used to fund projects that benefit ocean health. They act by de-risking ocean projects and bringing new investors to the table.

While investor demand for blue products has been robust, the market has been plagued a shortage of bankable deals due to high risks, low transaction sizes, and lack of universal investment standards. ADB is tackling some of these challenges through the blue bonds, backed by its successes in green bond issuances, totaling US$705 million in 2020.

“The tipping point for ocean health, marine protein and livelihoods is largely controlled in the Asia and Pacific region,” said ADB Vice-President for Finance and Risk Management Ingrid van Wees. “ADB is bringing new ideas and new resources to catalyse funding — and we believe blue bonds are a good step forward to meet this challenge.”

The blue bond model is replicable and scalable, and ADB is working closely with partners to support their efforts in issuing their own blue bonds. This will generate jobs and stimulate economic growth by investing in fisheries, marine, and coastal tourism, reducing coastal pollution, accelerating a circular economy, and boosting marine renewable energy, green ports, and shipping projects.

ADB is Asia and the Pacific’s climate bank but the support of key partners such as the European Investment Bank, the World Wide Fund for Nature, and The Nature Conservancy is helping to make progress toward healthy and sustainable oceans. To go further in making systemic changes at scale, ADB is looking to attract more partners to support action to protect Asia and the Pacific‘s oceans.

A healthy ocean is supported by strong, diverse ecosystems. Drawing inspiration from this, ADB is diversifying and strengthening the blue economy system. In addition to blue bonds, ADB is developing the use of insurance to protect coral reefs in the Pacific and Southeast Asia, innovating eco-compensation systems on the Yangtze River in People’s Republic of China, and supporting coastal resilience in vulnerable countries through nature-based solutions.

“If inaction in one country can bring many countries to their knees, the opposite is also true: the actions of one country can inspire others and accelerate change,” said van Wees.