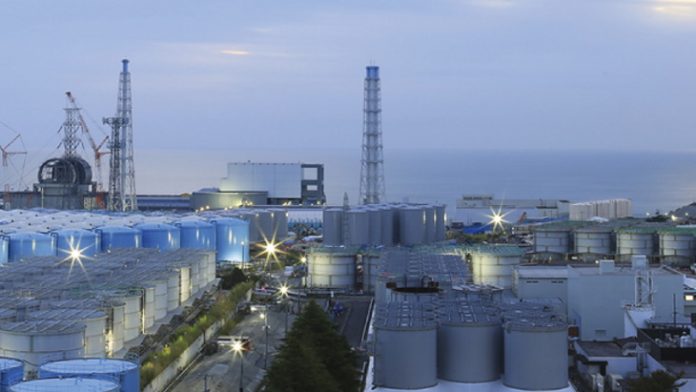 The International Atomic Energy Agency (IAEA) and Japan have agreed on an initial mission schedule and other arrangements for the implementation of the Agency’s multi-year review and monitoring of the safety of the planned treated water release at the Fukushima Daiichi nuclear power station.

Japan is expected to start discharging the treated water in 2023. In line with the commitment of Director General Rafael Mariano Grossi to provide IAEA support before, during and after the water discharge, the first of a series of IAEA preparatory technical on-site review missions will take place later this year.

The IAEA’s special Taskforce for the water disposal will meet in the coming weeks to prepare the reviews.

An IAEA team, led by Lydie Evrard, IAEA Deputy Director General and Head of the Department of Nuclear Safety and Security, met with senior officials in Japan this week to officially launch the review process and agree on the timeline, the preliminary scope of each mission, and other details.

“I welcome Japan’s invitation for the Agency to conduct the first technical review by the end of this year. With this invitation Japan demonstrates that it supports the IAEA’s presence during the entire operation to discharge the treated water,” IAEA Director General Rafael Mariano Grossi said.

During its 07–09 September visit to Japan, the IAEA team met with senior officials from the Ministry of Foreign Affairs, the Ministry of Economy, Trade and Industry, and Japan Nuclear Regulation Authority. They agreed on the three main parts of the IAEA review:

The Agency’s assistance to Japan will consist of reviews and monitoring to help confirm that the operation to discharge the water over the coming decades is consistent with international safety standards. This review will be based in particular on material submitted by Japan, and on-site technical missions to Japan.

The IAEA team also travelled to the Fukushima Daiichi site on Wednesday to gain an updated understanding of the situation by observing on-site activities and visiting key locations that will feature within the review project.

“This project will be the first of its kind for the Agency, considering the technical specificities, the duration of the release and the level of international regional interest and scrutiny that the plan will receive,” said Deputy Director General Evrard. “Our primary objective will be to review the implementation of the project, from the perspective of safety and transparency. We will ensure that our review is comprehensive and objective and the results are conveyed clearly to the international community. Our visit and the meetings this week were very productive and confirmed that all parties are committed and dedicated to the mission.”

In April this year, Japan announced its decision to release the treated water into the sea and requested the assistance of the IAEA to ensure that the discharge takes place in line with the international safety standards. IAEA safety standards constitute a global reference for protecting people and the environment and contribute to a harmonised high level of safety worldwide. The IAEA and Japan agreed on the project’s Terms of Reference in July.

The IAEA Taskforce for the water discharge, which includes internationally recognised experts from Member States, was set up to oversee the programme of technical assistance and review the related plans and actions.

The IAEA has provided technical assistance to support Japan’s efforts at Fukushima Daiichi in areas such as radiation monitoring, remediation, waste management and decommissioning since 2011.