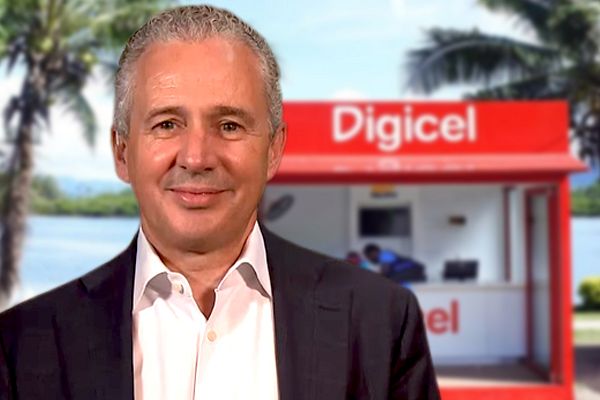 Penn’s three-day visit to PNG last month suggests Telstra has stepped up its due diligence to potentially partner with the Australian government to acquire Digicel and support the government’s goal of preventing the Pacific telco falling into Chinese hands.

Digicel is the largest owner and operator of 3G and 4G mobile phone networks in PNG, Fiji, Tonga, Vanuatu, Samoa and Nauru.

The Morrison government wants to help Telstra block China from taking over Digicel’s strategically located telco assets because of concerns Beijing could use the networks to spy on political elites in neighbouring island nations.

The government is prepared to provide significant debt financing to Telstra, which would take an equity stake in Digicel Pacific that would be a minor portion of the overall transaction.

Some observers believe the owner of Digicel,O’Brien, could be exaggerating China’s interest in buying the Pacific mobile phone network assets to attract a rival bid from Australia.

Sources familiar with the negotiations believe a deal for Telstra to buy Digicel for about $2 billion (US$1.4 billion) – including government debt – is likely before the end of the year.

But the complex nature of the cross-border negotiations is delaying any finalisation by the boards and management of the companies, with discussions ongoing between lawyers and bankers.

The parties include Telstra and Australia’s Department of Foreign Affairs and Trade, O’Brien and his advisers in Ireland, the PNG government and PNG-based Digicel executives.

Travel restrictions caused by COVID-19 have also complicated the discussions.

O’Brien’s Irish business representative, Paul Connolly, had been in Sydney since February but departed the locked-down city in August to return to Ireland, before flying to PNG last month when Penn visited.

It is understood Penn home quarantined alone in Victoria after the private flight from PNG, in accordance with a government exemption from hotel quarantine.

Following media reports that Telstra had been approached by the government to acquire Digicel, Telstra informed the sharemarket in July that it was in discussions to buy Digicel Pacific in partnership with the federal government.

Approached by the Financial Review about Penn’s visit to PNG, a Telstra spokesman said at the weekend that the discussions on Digicel are “incomplete and it is not certain a transaction will proceed”.

“Given the nature of these discussions, we are not able to say more at this stage other than any transaction will have to meet certain financial parameters,” the spokesman said.

“These include Telstra’s financial investment being the minor economic portion of the overall transaction, with all other capital being resourced on a non-recourse basis. Telstra would own Digicel with appropriate risk protections and consolidate it in our financial results.

“It generated EBITDA of US$235 million in calendar 2020 with a strong margin and has an extensive network.

“But let me also strongly reiterate the comments from our chairman that we will only proceed with a transaction if it is in the interests of our shareholders.”.