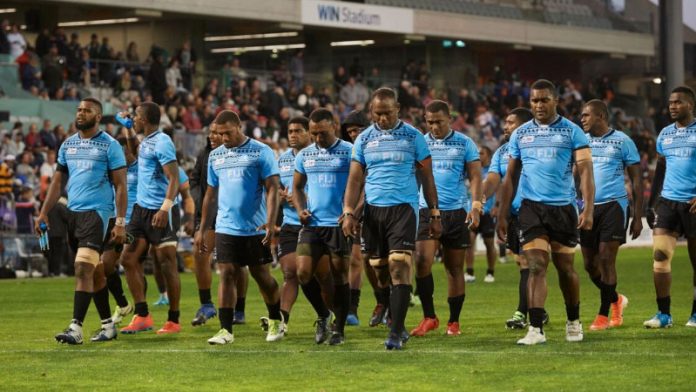 The Fijian Drua will be based in Australia in the next 2022 Super Rugby season.

The team will march into quarantine in Australia in the middle of October and plan to start base camp in early November.

This has been confirmed by Fiji Rugby Union Chair, Fijian Drua to be based in Australia

In a press conference this morning, Begg says they will start making an announcement on players in the coming weeks as well as the head coach that has been selected.

Meanwhile, the good news keeps on coming for women’s rugby in the country with confirmation there’s a possibility of having a Fijiana Drua side in Australia’s Super W competition next season.

Super W is a women’s competition that started in 2018 for the five Australian Super Rugby sides which include the Waratahs, Reds, Rebels, Brumbies, and Western Force.

Next year is a huge one for women’s rugby with the Rugby World Cup and Commonwealth Games.

Fiji Rugby Union Chief Executive John O’Connor says as part of its World Cup preparations, they’re working behind the scene with relevant stakeholders to have our women’s team in Super W.

“I think more importantly it’s going to be another historic year for women’s rugby because we are currently in discussions with the Australian Rugby Union to include our Fijiana Drua to play in the Super W women’s competition in Australia’.

The FRU is also planning to host Test matches for the Fijiana next year and Fiji Sports Commission Chair Peter Mazey says they’ve set aside funds for it.

“We are going to do that next year and in June hopefully, Fiji Rugby will be sorting out who they going to play against, I haven’t been advised yet but the funding is available for that”.

O’Connor revealed to FBC Sports that discussions are ongoing with teams that have qualified for the World Cup in New Zealand to come over and play the Fijiana in Fiji.