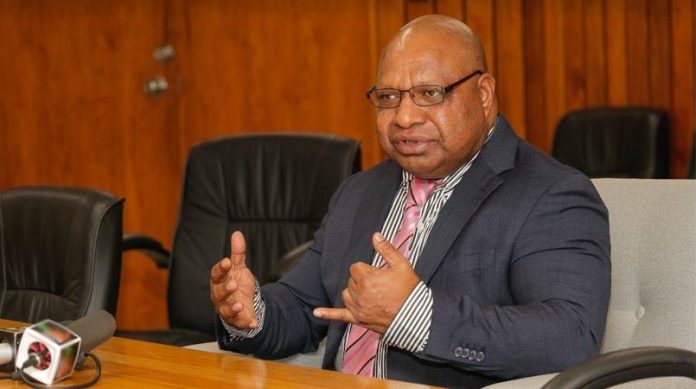 After three-and-a-half years of legal proceedings in the Court of Disputed Returns, the National Court Tuesday ruled in favour of petitioner Pastor Bernard Peter Kaku and nullified Southern Highlands Governor William Powi’s declaration as Governor in the 2017 National General Elections for the Southern Highlands Provincial seat.

The court found that Powi was not duly elected and ordered a recount of the ballots and suspended Powi as Governor during the course of the recount, which the court ordered be completed by 05 November, or within such further period to be determined by the court.

Out of the nine grounds raised by the petitioner, the court upheld two – 4 and 6, relating to premature declaration of Powi and the failure on the part of then Electoral Commissioner Patilias Gamato in not invoking the ‘Special Circumstances’ provision under s.175(1A) of the Organic Law correctly.

“Section 175(1A) is not a catch all provision allowing the Commissioner to declare a result in ‘special circumstance’.

“I consider further that even when the precondition to its invocation is satisfied, s.175(1A) does not allow the Commissioner to declare a result if no candidate has attained an absolute majority,” presiding judge David Cannings said when delivering the 23-page judgment via video-link at the Waigani National Court.

The judge was satisfied that Powi was not publicly declared at the place of nomination in Mendi but was declared at a private place in the presence of only one candidate (Powi himself), and a few other persons.

This was contrary to requirements under s.50 (right to vote and stand for public office) of the Constitution.

Declaration of the result in private, away from the place of nomination, was also contrary to s.175(1) of the Organic Law.

“It is ordered and declared pursuant to s.212(1) of the Organic Law and s.155(4) of the Constitution that the first respondent (Powi) was not duly elected, that there shall be a recount of the votes for the electorate.

“Pending the result of the recount, the first respondent is suspended, on full pay, from discharging all powers, functions, duties and responsibilities of the office to which he had not been duly elected,” Justice Cannings stated in his decision.

The court ordered Powi’s suspension, with full pay, to take effect on August 31 at midday.

The court also ordered, among others, the Electoral Commission to appoint a returning officer by 31 August, to conduct the recount and determine the place of the counting center, which maybe at Mount Hagen or at any other place outside of the Southern Highlands Province.

The court ordered the Electoral Commission to make all arrangements necessary for the start and completion of the recount and for the Commissioner of Police to provide the resources and personnel necessary to ensure that all ballot boxes are brought as soon as possible to the counting centre.

The court further ordered that the proceedings shall return to court on 02 September, 2021, at 9.30am, for mention and to check compliance with order 4 and hear any notice of motion filed by any of the parties in the interim.