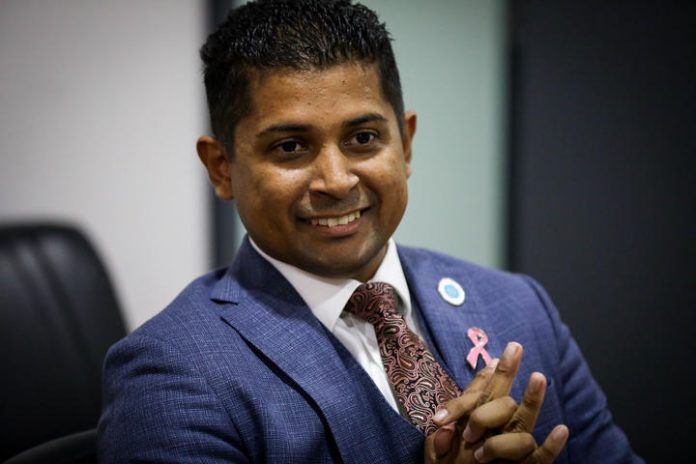 Fiji’s Supervisor of Election says he respected the decision handed down by the Courts of Disputed Returns this week.

SODELPA party MP Niko Nawaikula was removed from the Register of Voters last month by the Supervisor of Elections, Mohammed Saneem, who is also the Registrar of Political Parties.

Saneem denied he has too much power, and told RNZ Pacific it was becoming the norm in the region for one person to serve both roles.

“This is something that has been – in fact it is even in Australia and New Zealand, where the parties are registered by the electoral commissioner.

“So it doesn’t mean a person has too much power. It’s just that different authorities lie within the different provisions, and a person exercising those authorities under those provisions will have the right to do so,” Saneem explained.

“If you have two different people handling that responsibility, that is the choice of the parliament. But right now it’s one position that is dealing with it,” he said

Saneem wouldn’t be drawn for comment on the Chief Justice’s ruling, other than to say he respected the decision of the court.

Fiji’s opposition Party said the ruling is a win for democracy.

SODELPA leader Bill Gavoka welcomed the ruling as being good for democracy.

He warned that having one person filling two major roles, as Saneem is, could lead to abuse and impede the rights of voters and elected representatives.

“He has become much too powerful, creating the kind of environment that is not conducive for the political process to flourish,” Gavoka said.

“The [events] with Nawaikula is very clearly an indication of [Saneem’s] sense of righteousness that sometimes cannot be challenged.”

Gavoka said he hoped Saneem could learn to tread more cautiously in exercising his authority.

But the latest ruling that led to Nawaikula’s seat being reinstated was good news, he said.

“So really, in many ways we’re celebrating [this] ruling. It’s a victory for democracy, and we hope that government can take a step back and say: Let the process take its course.

“Let’s celebrate our democracy in Fiji, instead of being fearful about it,” he said.