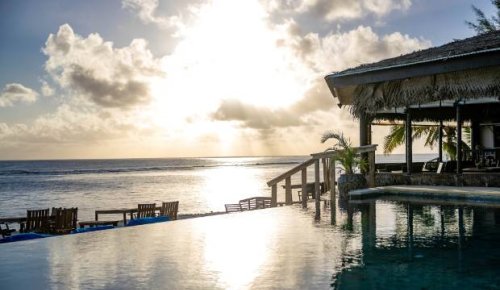 A Southland doctor is fearful of the Delta variant spreading throughout New Zealand and also reaching the Cook Islands.

However, he has still kept a close watch on the news in New Zealand, especially since the Delta outbreak of Covid-19 in Auckland, causing a nation-wide lock down.

What worries Ngaei is that there is a chance a number of tourists may have travelled from Auckland to the Cook Islands in the past few days, and it would not be able to handle an outbreak.

“If we get a full epidemic here, even though the people are vaccinated, there’s still going to be some illnesses,” he said.

Some people would require hospital care and others intensive care, Ngaei said.

“And we don’t have the beds here or the resources to look after people fully in intensive care units, beyond one or two people,” he said.

Since the seriousness and contiguousness of the Delta variant had been confirmed abroad, Ngaei had been feeling concerned.

“In terms of morbidity or how ill the infected persons became, and the higher death rate … that wasn’t established until very recently,” he said.

He expected it would only be a matter of time before the Delta variant’s arrival to New Zealand and a lock down would ensue, Ngaei said.

Early August, he had been invited to join a Covid-19 taskforce by the Ministry of Health in the Cook Islands.

They had a Zoom meeting and while discussing the Delta variant he spoke of his concerns to the Ministry.

“I warned them that it’s only a matter of time before they faced the same problem, and they should be preparing for that eventuality,” he said.

Because Ngaei had been awaiting the arrival of the Delta variant to New Zealand, he had felt his worst fears come true when the Government announced the lock down.

“My worst fear has been realised,” he said.

Ngaei believed that New Zealand had got lucky last year with its Covid-19 response.

It did not mean it would happen again with this new variant, he said.

All New Zealanders still had not been fully vaccinated and Ngaei was worried about the vulnerable Pasifika community being affected, if the virus managed to spread this time.

When the news of the community case in Auckland hit the Cook Islands, an instant notice was put out for people to get tested straightway.

“It was very impressive the way the health officials here organised it and did the tests.

“I think they’re hoping to test 1500 tourists. I think they may have tested about a 1000 yesterday”.

Currently, only New Zealand citizens are allowed to be visiting the Cook Islands.

What has bothered Ngaei about the Kiwi tourists in Raratonga is that he had noticed no one was using the contact tracer application.

He saw the behaviour to be similar to Kiwis who lived back in New Zealand, he said.

“That’s very disappointing and a reflection also of what’s going on in New Zealand”.

Ngaei is expected to return to Invercargill on 31 August, and has been told flights were still scheduled for now.

“I think the Government’s assured that … those people on holiday in the Cook Islands will get back,” he said.

He thought Auckland would likely have its lock down extended, but for the rest of the country he felt there had not been enough information to be able to predict if the three-day lock down would roll on.

“So, as they say watch this space,” he said.