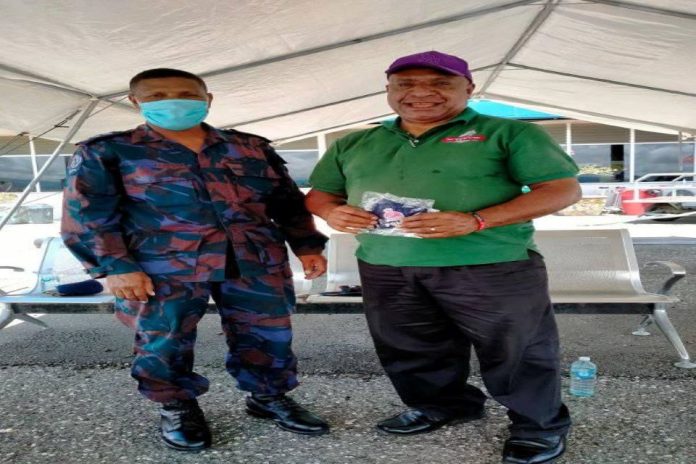 The Papua New Guinea Police Forces contingents will operate on its own under the Royal Solomon Islands Police Force (RSIPF).

This was confirmed by Moses Kaul and Papua New Guinea High Commissioner to Solomon Islands.

He said, “When the proposal came from the Solomon Islands government, for ‘PNG Police Force to submit to Australia, when the operation orders are given for the deployment on the ground, basically we rejected the idea.”

“We come at the invitation of Solomon Islands Government, we want to operate under the commoner of RSIPF and that’s the position of PNG Government.

“This has already agreed upon the agreement between the SI Government Ministry of Foreign Affairs and PNG on Friday and its officials. PNG will now operate on its own under the commoner of RSIPF and that’s it,” he said.

He added, it is clear, it’s not only between PNG and Solomon Islands cooperation in terms of security.

“It is not a bilateral affair or matters anymore. This time as you can see, it’s a multilateral call for security forces to come under one arrangement to try to counter the recent civil unrest in this country and to ensure that, there is stability with Government. And the properties and lives here being safe guarded and protected.”

“Those are basic things, taken into consideration,” he added.

High Commissioner Kaul said people would have come up with different perceptions and idea, on the deployment of Australia, Fiji, and New Zealand and PNG security forces on the ground.

From PNG perspective, Kaul said; We want to keep the purpose of contingent coming here, straight to focus on the security aspect of it, at the end of the day, we are going back.”

He said “We don’t want to create any other situation or any other influence of taking advantage of the security situation. We have to respect the integrity and independence of this country.”

In the course of executing the peace mission here, we must respect and uphold that, this is the PNG perception, we have no other interest for coming here, the High Commissioner said.

He said the cost of operation for the PNG Police Force contingent will be looked after by the PNG Government for four weeks tentatively, unless if any further extension granted by the Solomon Islands government for that matter.

Meanwhile, it is understood that the members of the Police Force are currently in quarantine and will be released before today’s motion of no confidence.

All the members of the Force have already taken their jabs and were tested negative for Covid-19 twice, while in Honiara.

Solomon Islands may switch diplomatic ties from China to Taiwan amid...