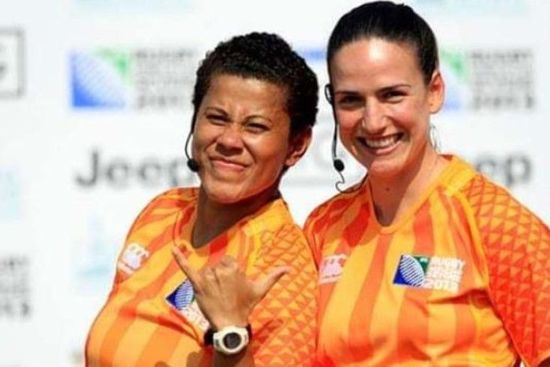 As a match official, Kuini Vuli has appeared in some of the game’s most prestigious tournaments around the world. But, in time, she is hopeful that more Fijian women will follow in her footsteps and go on to scale even greater heights.

Vuli was the second Fijian woman behind Elenoa Kunatuba to officiate in top-class matches when, in 2009, she began a ground-breaking journey that has taken in places as diverse as Moscow and Dubai.

Back then, organised women’s matches were few and far between and she chose to officiate rather than continue playing to satiate her love of rugby on a more regular basis.

The recently turned 40-year-old began by controlling men’s club games in Suva, before quickly graduating to the international stage in rugby sevens.

In 2012, Vuli officiated in the opening tournament of the inaugural World Rugby Women’s Sevens Series in Dubai before appearing at Rugby World Cup Sevens in Moscow the following year.

She continued to referee in many tournaments in the Oceania region before taking a break from officiating when she was diagnosed with Stage 2 breast cancer in 2016.

Once happily recovered, Vuli picked up the whistle and flag again and resumed officiating in both sevens and in 15s.

For the last two years, however, Vuli’s focus has shifted towards helping the Fiji Rugby Union to train and develop the next generation of match officials in her role as referee educator.

“There’s a whole lot more girls getting into refereeing now. Not everyone wants to play or can play,” she says.

“We have about six or seven female officials that are actively refereeing but a lot more running touch, where they can build up their experience in provincial games.

“Game time is crucial as more game time brings with it game experience which is important if you want to develop technically and tactically as a referee.”

Even before Fijiana claimed the bronze medal at the Tokyo Olympics, women’s rugby was growing rapidly on the Islands.

Pre-Games, over 40 teams took part in the National Provincial Sevens Championship in 2019 and the momentum will only surely continue now that the women have homecoming heroes.

In addition to the outstanding work of the Fijian Rugby Union in promoting gender equality, visibility on a local and global level is helping to encourage more women into officiating.

“While girls are watching games on the sidelines, they are starting to notice that there are women refereeing the games,” Vuli observes.

“You also have to give credit to the girls’ performance. When they perform well in the field, they encourage other girls to get out there and try it for themselves.”

Further afield and at a higher level, the likes of Amy Perrett and Joy Neville are role models for aspiring officials to look up to.

Neville became the first female referee to officiate a men’s PRO14 match in 2018, while Australia Perrett did likewise in Super Rugby in August 2020, when she blew her whistle to signal the start of the Brumbies’ match against the Western Force.

In July, Texan Kat Roche, 26, joined the elite but expanding club of ground-breaking women referees when she became the first female out in the middle of a Major League Rugby (MLR) match.

“Amy doing that was massive,” beams Vuli, as she clenches her fists to show her delight.

“I am sure those ladies paving the way have had to overcome a lot of hurdles and we are very thankful that they are breaking down barriers.

“I have never believed anything was impossible.

“I think the Fijiana performance did a lot. If they are able to do it, to reach the top, the women’s referees should go there as well. It is just a matter of understanding how to get there and working with people that really know how to get you there.

Normally the one handing out sage advice, Vuli says she welcomes the chance to discuss rugby matters with her famous older brother, Sunia, the former Fiji national team hooker.

“He has gone into coaching now and he looks at it (rugby) from a coach’s perspective and I look at it from a referee’s perspective. I am a year younger so there is a limit to the debate!” she jokes.

“He is a really good brother and I love his experience because he has played a lot of international matches with tier one teams.

“He comes up with all these scenarios and I put them into my game or see how it fits in according to the laws.

“He’s in France at the moment so we are very thankful for technology, that we can chat once or twice a month. I love it when we discuss things,” she said.