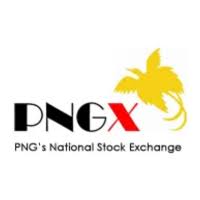 The current size of the PNG stock market is about K120 billion (US$34 billion), according to the PNG Securities Commission.

“The total market cap fluctuates around K120 billion,” he said.

“The market tracks well and it’s steady all the time for those 13 companies despite the challenges posed by the Coronavirus.

“Trading has been slow but steady.”

Minak said this yesterday when the commission was handed a report by Zimcare Ltd HR Consultants on the audit it carried out on the organisation.

The audit was to ensure the commission took stock of its operations, with the right people carrying out their delegated responsibilities.

“They are elite corporations that have billions of kina,” Minak said.

“They hire the best people in the world.

“And for the securities commission to challenge or regulate them with people that are not qualified or skilled, is a joke.

“We felt that it was fundamental that we get it right from the start.

“So we had to hire Zimcare.

“They (had done) the organisational structure for the securities commission so they know the commission (well).

“We got them to come and fix up things that have gone wrong along the way.”

Meanwhile, Minak said the country’s stock market could make money for the Government like other stock markets in the world.

“The (PNG) Government does not have the money,” he said.

“It gets it from the banks within or goes out and borrows.

“The commission regulates an industry where the Government or anyone else can raise money from an alternative source.

“In other countries, the securities commission makes money that contributes to the budget,” he said.