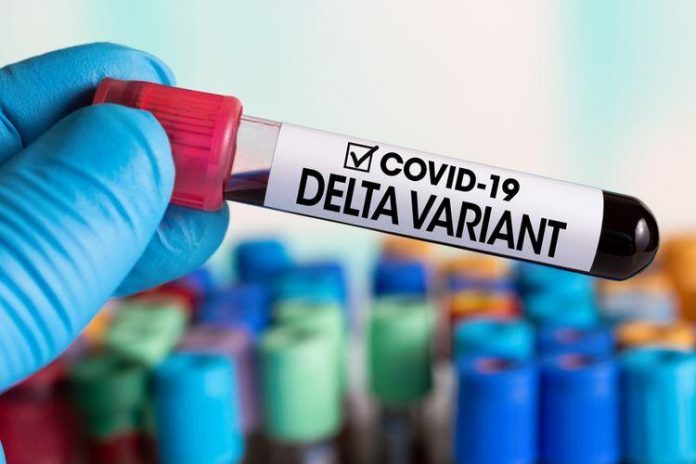 Five out of 21 samples sent to the Center for Disease Control and Prevention for testing contained the Delta variant. Of those five, four had no history of travel, which shows it is being spread within the community.

The arrival of this new strain on the island has again raised concern among leaders in the island’s medical community since it is more highly transmissible than the original virus.

As of now, there will be no further restrictions placed on the residents, Governor Lou Leon Guerrero said in a press conference.

However, the governor does not rule out reinstating the restrictions if hospital admissions increase and Covid patients swarm into ICU again.

Leon Guerrero also said the Guam Public Health and the Guam Police Department have been asked to enforce existing restrictions for large gatherings and issue citations for those who fail to comply.

The main message was the effectiveness of the vaccine that helps prevent serious illness. They strongly encouraged anyone who has not been vaccinated and is eligible, do so immediately.

The fastest transmission of the Delta variant is from those who have not been vaccinated.

“We’ve come a long way,” the governor said, “but the reality is that the fight is not over yet.”

The Joint Information Centre on Tuesday reported 44 new cases of Covid-19 that have been identified out of 764 tests performed on 09 August.

The reason that there have not been more requiring hospital admission is due to “the 140,000 residents who have been vaccinated,” the governor said.

But the latest data shows that more people are again contracting Covid-19.

However, despite the steady increase, the hospital has admitted only nine cases of which one was sent to the ICU, but that person is now being released to the ward.

Although contact tracing is working, there remains the challenge of getting some people to cooperate.

On 23 July, a bar was identified with five linked cases. “Stiff opposition” was encountered when trying to get information from the individuals involved.

A wedding reception the following day had approximately 300 guests of which 18 were positive and the virus had spread across several families. Of those, 15 attended a barbecue together after the wedding.

“With Delta here now, the increase in numbers show how important the vaccine is in helping reduce its spread,” said Cmdr. Thane Hancock of the Guam CDC.

“It makes an urgency of getting vaccinated. Look at transmission in the U.S versus Guam. You’ll find over 90 percent are now due to Delta and transmission is the highest in states with the lowest vaccination rates. The high rate in Guam is helping protect us but anyone over 12 should get vaccinated,” he added.

With school opening, the governor said the Department of Education is having a massive campaign this Saturday to vaccinate all staff members, teachers and others who are in contact with the children.

Since children under 12 are not yet able to be vaccinated, the school superintendent is strictly adhering to protocols and has been advised that the best way to protect the students is to surround them with people who have been vaccinated, the governor said.

In the event that restrictions are reinstated, the first would be putting a limit on social gatherings, the governor said.

Next, occupancy of bars and restaurants and other areas that have a risk of transmission would be looked at, “especially among those who are not wearing a mask.”

It might also be necessary to require proof of vaccination at establishments and events, she added. Some large businesses have already been in touch with the governor about mandating vaccinations for their employees in line with the government mandate.

But for now, although hospitalizations are far lower than a year ago, it’s still imperative to wear a mask both indoors and outdoors, wash your hands frequently, maintain social distancing and be vaccinated immediately if you have not yet been, the panelists agreed.