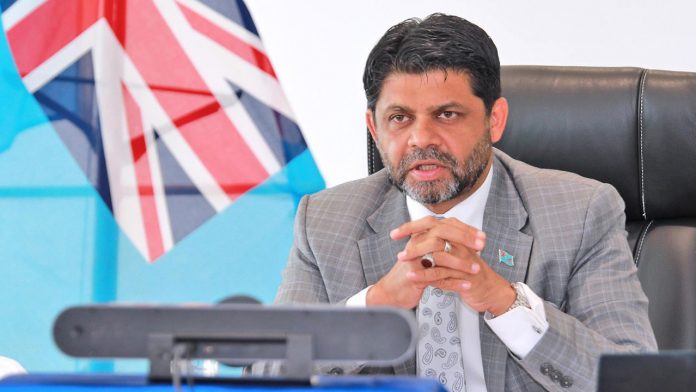 Human activity is changing the climate in unprecedented and irreversible ways.

This is highlighted in the latest report by the UN’s Intergovernmental Panel on Climate Change released on Monday.

The landmark study warns of increasingly extreme heatwaves, droughts and flooding, and a key temperature limit being broken in just over a decade.

Fiji has more reasons than most having been battered by climate change and rising sea levels.

Speaking to the BBC, Minister for Climate Change Aiyaz Sayed-Khaiyum highlighted that since 2016, Fiji has had about 13 cyclones.

He said that Cyclone Winston which was the strongest storm to hit the Southern Hemisphere wiped out one-third of the value of our GDP within 36 hours.

Sayed-Khaiyum said there are enormous repercussions including about 45 villages and living areas that need to be moved to higher ground.

“From our perspective, there needs to be more investment in terms of adaptation. Because we have to adapt to the changing environment. It is not just about building sea walls for example of relocating people to higher ground but it also means your infrastructure. We’ve made our case with the World Bank. Even though we are deemed to be a middle-income country, they are now affording us concessional financing because of our vulnerability to climate change.”

Now with a clear warning from the IPCC report, Sayed-Khaiyum hopes countries at COP 26 will make promises and see them through.

“There is that appetite, there are some countries that are large emitters are seeing the not perhaps from a moral perspective but more from an economic perspective, that there needs to be a shift towards a bluer, greener economy. And that there are job opportunities in that too.”

Sayed-Khaiyum also highlighted that Fiji is walking the talk and has given an undertaking to go carbon neutral by 2050.