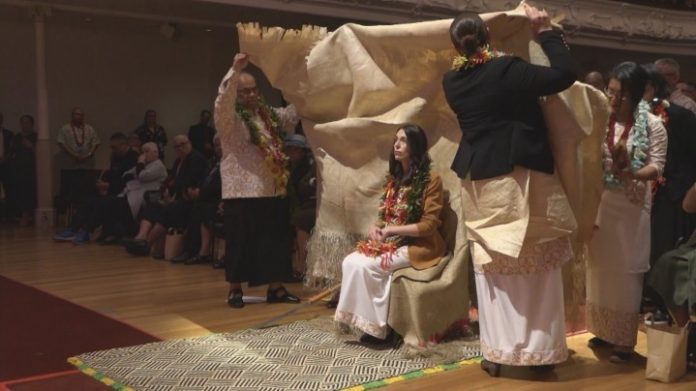 New Zealand Prime Minister Jacinda Ardern has offered a “formal and unreserved apology” Sunday to the Pacific communities left traumatised by the dawn raids in the 1970s.

The practice saw immigration officials target the homes of Pacific Islands people in the early hours of the morning, beginning in the 1970s, in a crackdown on alleged “overstaying” on their visas.

The policy followed a period where many people from the Pacific Islands were encouraged to come to Aotearoa to fill roles in growing industries as the nation experienced a boom in jobs after World War II.

However, during economic recession, an Immigration Act amendment in 1968 allowed those overstaying their work permits to be deported and gave police the power to ask people to immediately produce documentation confirming they were legally allowed to be in NZ.

The move unfairly targeted the Pacific community, Maori and other people of colour.

“I stand before you as a symbol of the Crown that wronged you nearly 50 years ago,” Ardern said in her opening remarks at the Auckland Town Hall Sunday afternoon.

“We have experienced the Pacific Aotearoa journey shift from one of new settlement to the present day – Pacific diaspora in New Zealand.

“Pacific people is an integral part of Aotearoa’s cultural and social fabric, and are active contributors to our economic success.

“However, in the multiple chapters of Pacific people’s story in New Zealand – the chapter of the dawn raids stands out as one that continues to cast a long shadow.”

Ardern said the Pacific peoples were used as “scapegoats” as the economic boom of post-World War II saw a downturn in the 1970s.

“While these events took place almost 50 years ago, the legacy of the dawn raids era lives on today in Pacific communities. It remains vividly etched in the memory of those who were directly impacted; it lives on in the disruption of trust and faith in authorities; and it lives on in the unresolved grievances of Pacific communities that these events happened and that to this day, have gone unaddressed.

“Today, I stand on behalf of the New Zealand Government to offer a formal and unreserved apology to Pacific communities for the discriminatory implementation of the immigration laws of the 1970s that led to the events of the dawn raids.

“The Government expresses its sorrow, remorse and regret that the dawn raids and random police checks occurred and that these actions were ever considered appropriate.

“Our Government conveys to the future generations of Aotearoa that the past actions of the Crown were wrong, and that the treatment of your ancestors was wrong. We convey to you our deepest and sincerest apology.”

Ardern also apologised for the dawn raids’ impact on Maori and other ethnic communities.

“We acknowledge the distress and hurt that these experiences would have caused,” she said.

“As a nation, we expect everyone in New Zealand to be treated with dignity and respect, and we expect that all individuals are guaranteed their rights without distinction of any kind. Unfortunately, these expectations were not met in this case and inequities that stem from direct and indirect discrimination continue to exist.

“We’re committed to eliminating racism in all its forms in Aotearoa New Zealand, and affording everyone the right to be treated humanely and with respect and with dignity.”

She also outlined a raft of changes as part of the Government’s apology as a “way of expressing our deepest sorrow, whilst recognising the wrongs of the past and to pave the new dawn and a new beginning for Pacific peoples in New Zealand”.

As part of its formal apology, the Government will provide $2.1 million (US$1.4 million) in academic and vocational scholarships for Pacific communities; $1 million(US$696,000) in Manaaki New Zealand Short Term Scholarship Training Courses for delegates from Samoa, Tonga, Fiji and Tuvalu; and for resources to be made available to schools and kura who choose to teach the history of the dawn raids.

The Ministry for Culture and Heritage and Ministry for Pacific Peoples will also provide support to enable Pacific artists and/or historians to work with communities in developing a comprehensive historical record of the dawn raids period.