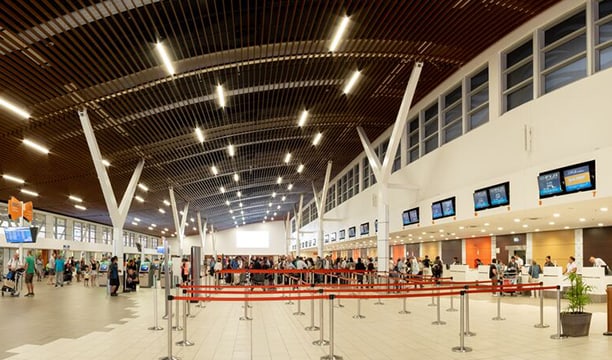 Australia will provide a $68 million (US$49 million) loan to Fiji to upgrade its airports as part of a step-up in infrastructure lending across the Pacific to help the region recover from the COVID-19 pandemic and compete with China’s decade-long spending spree.

In the first deal of its kind, the Australian government and the ANZ bank will use a $2 billion (US$1.4 billion) lending program to jointly deliver the funding for a series of upgrades at Nadi International Airport and other smaller airports in Fiji.

Minister for the Pacific Zed Seselja said the Australian Infrastructure Financing Facility for the Pacific (AIFFP) now had a pipeline “full of fantastic projects, and we’re seeing great demand from the Pacific for high-quality financing”.

“I’ll continue to work closely with my counterparts to progress future projects. This is a great example of why Australia established the AIFFP,” he said.

It is the fourth project to be funded under the AIFFP, which includes $1.5 billion (US$1.1 billion) in loans and $500 million (US$367 million) in grants. It was announced by Prime Minister Scott Morrison in November 2018 amid concerns China was building its influence on Australia’s doorstep through cheap concessional loans.

The AIFFP became operational in July 2019 but took until late last year to approve the funding of its first three major projects: an undersea cable for Palau, a hydro-power system in the Solomon Islands and a solar farm in Papua New Guinea.

While Australia wants to provide an alternative to Beijing’s lending for infrastructure in the region, it does not want to saddle Pacific countries with debt. Canberra has been concerned for a number of years that some countries in the Pacific are becoming beholden to China because of their high debt.

The Herald and The Age revealed earlier this year that Canberra was looking to approve about $300 million (US$220 million) on projects across the region under the $2 billion (US$1.4 billion) infrastructure facility.

The Australian government is separately considering investing more than $1.5 billion (US$1.1 billion) in taxpayer money to help Telstra buy telecommunications assets in the Pacific to keep them out of Chinese hands.

The Fiji airport upgrades would not have ordinarily been a project that would have attracted Chinese investment, and the airport would have most likely been able to fund the upgrades in-house if not for the drop-off in revenue caused by the pandemic.

Jonathan Pryke, director of the Lowy Institute’s Pacific Islands programme, said the AIFFP got off to a slow start.

“These projects are innovative, with the government underwriting ANZ lending,” he said.

“But they’re not the major nation-building initiatives that were pitched when the AIFFP was announced.”

Pryke said it was important for the AIFFP not to spend all of its money at once, as it needed to keep a significant amount of its funds to provide alternatives to problematic moves by China.

“Having this fund means we can be much more flexible and reactive,” he said. “You don’t want to spend it all – you want to have some in reserve so that you can react in the future as well.”

Fijian Attorney-General and Minister for Economy Aiyaz Sayed-Khaiyum said the pandemic’s toll on tourism and aviation had set back years of economic progress across the Pacific.

“This finance facility ensures that Nadi International Airport is equipped with facilities to serve as the gateway to the new normal for the entire Pacific – connecting our region to the world and connecting Fijians to each other,” he said.

Fiji Airports chairman Geoffrey Shaw said funding the upgrades in the local currency, without the requirement of a Fijian government guarantee, is recognition of the significant role that Fiji airports play as the aviation hub of the South Pacific.

Under the deal, the Australian government will provide FJD$96 million (AUD$62 million) to ANZ for its loan to Fiji Airports, and a FJD$10 million (AUD$6 million) direct loan to the company for the upgrades and maintenance work.

Focused on the future to emerge stronger: Fiji Trade Minister