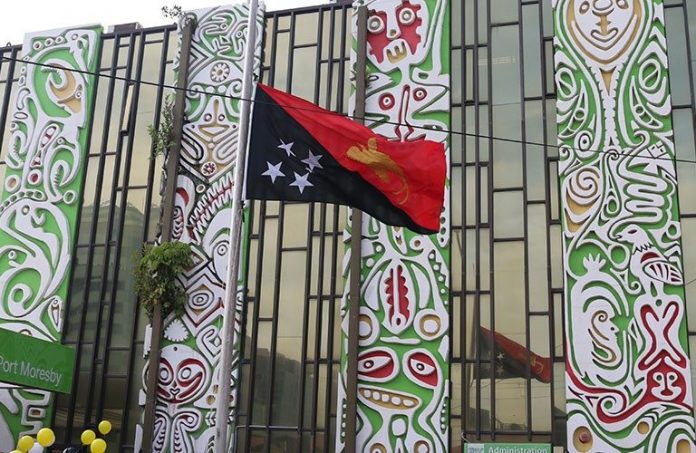 He mentioned this in a market release Wednesday in response to a letter BSP received from the Bank of PNG’s Financial Analysis and Supervision Unit (FASU) concerning anti-money laundering (AML) allegations made against the BSP.

FASU took regulatory action against BSP for allegedly not complying with certain matters.

* Given an enforceable undertaking that will remove and replace certain executive management staff pursuant to section 102 of the Act; and,

The external auditor is to determine the full extent of the underlying good governance and best business practice issues that were identified during the on-site inspection.

The external auditor’s examination will cover practices employed by BSP on all of the high risk and politically exposed persons who are its customers.

FASU had conducted on-site inspections of the BSP on Oct 23, 2019 and last June.

BSP was issued a show-cause notice to explain why FASU should not impose enforcement actions.
BSP responded to the notice on April 6.

FASU director Benny Popoitai said in a statement: “The nature of BSP’s non-compliance is serious enough for
FASU to have issued an infringement notice.

“However, FASU has chosen to apply a formal warning instead making this the first occasion of regulatory action undertaken by Fasu against BSP.

“Consistent with the application of Section 100 of the Act, Fasu believes that there are reasonable grounds to determine that BSP has engaged in conduct that contravened requirements of the Act.”

Popitai warned that FASU expected BSP to cooperate with the regulatory measures imposed.

“If BSP, or persons within BSP, continue to engage in conduct that constitutes offences against the AML/CTF Act, civil or criminal enforcement action may be taken.”

In response, Sir Kostas said BSP had “at all times complied with its AML/CTF obligations”.

Prime Minister James Marape came to the defence of BSP saying it had always conducted itself well.

“What happens in someone’s account is not BSP’s doing every time,” he said.

“BSP is there to conduct banking for our country – the biggest bank (which provides) the government and the people services.”

He said BSP was always strict in conducting business.

“They ask me (questions). They don’t care if am the prime minister.

“In respect to money laundering, BSP also watches against this. So I don’t question BSP’s credibility.”

But Marape said he was not privy to the details of the report by FASU.

“I have also asked BSP to come and meet with me to see what has been reported.”

Meanwhile, Governor of Bank of Papua New Guinea Loi Bakani has clarified that the statement released by the Financial Analysis and Supervision Unit on Monday 12 July 2021, was done independently based on the Anti-Money Laundering and Counter-Terrorist Financing (AML/CTF) Act 2015.

Governor Bakani in a statement today says “The Bank of PNG (BPNG) disassociates itself from the statement made by FASU. The use of the Bank logo was not authorised and the statement was not endorsed or approved by BPNG. FASU should have consulted BPNG on the statement before releasing it. This would have avoided any potential contradictions and conflict with Acts under BPNG and its objectives.”

He added “BPNG is concerned about the adverse impact of the Media Statement by FASU on BSP, PNG’s largest bank and the stability of the financial system, which have been achieved and sustained well before the AML/CTF Act came into being.

Governor Bakani reassures the public that the banking system, including BSP, is sound and meets all regulatory requirements and standards under the Banks and Financial Institutions Act (BFIA) 2000.

Micro, Small and Medium Enterprises play a vital role in most...