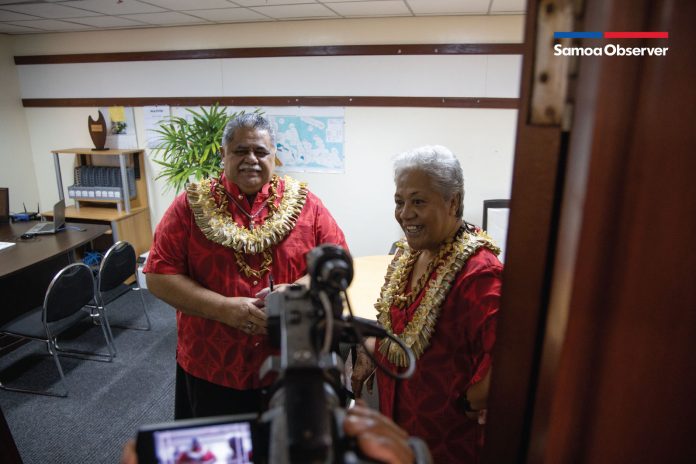 by Nick Rogers and Richard Reinen-Hamill

With a resolution to Samoa’s election crisis seemingly reached, several Pacific experts have set out how the country may be able to avoid a repeat in future

More than three months after a nail-biting election contest, the people of Samoa finally know the identity of their next government.

After a series of legal skirmishes and judicial rulings disregarded by the caretaker government, the Court of Appeal appears to have dealt a mortal blow to Tuilaepa’s hopes of clinging to power, ruling on Friday the ad-hoc swearing in of FAST politicians outside Parliament in May was lawful.

While Tuilaepa has so far refused to accept the legitimacy of the court ruling, a number of world leaders – including Prime Minister Jacinda Ardern – have broken a largely neutral stance to recognise Fiame as Samoa’s new Prime Minister and further narrow any path for her predecessor to cling onto power.

“After a long period of uncertainty following the post-election, New Zealand welcomes the stability that a functioning government will bring,” Ardern said on Friday night.

News of the court ruling came just hours after Pacific experts discussed the impasse at an event held by Victoria University of Wellington’s New Zealand Centre for Public Law. covering both the events to date and how a similar crisis could be avoided in future.

Dr Iati Iati, a senior politics lecturer at Te Herenga Waka Victoria University of Wellington, said accusations from some people that Tuilaepa was behaving like a dictator were unfair and unsupported by evidence, with “a perfect storm” of events leading to the current crisis.

Growing pockets of discontent had developed over the past two decades, with a political culture that was distrustful of the HRPP.

Iati said the party had not helped itself by being insufficiently transparent over controversial policies, with land titles registration reform introduced to Parliament around the time most Samoans were distracted by a change in which side of the road drivers were to use.

Three other laws that were fast-tracked during Samoa’s Covid lockdown last year had proved similarly polarising, with a number of HRPP politicians – including Fiame – resigning in protest at the Government’s decision.

“I’ll put it as simply as this: no controversial bills, no FAST.”

Another contributor to the current situation had been the poor drafting of the constitutional provision guaranteed a certain level of female representation, which had left both HRPP and FAST with compelling arguments as to how it should be interpreted as it came into play post-election.

The initial, razor-thin election result had also raised the stakes, Iati said, with neither side willing to back down.

Fuimaono Dylan Asafo, a law lecturer at the University of Auckland, said the Samoan courts were struggling to uphold the rule of law following the contested election, due not to any judicial shortcomings but a number of other factors.

Fuimaono said Tuilaepa and Samoan head of state Tuimalealiifano Vaaletoa Sualauvi II had exploited the “deep reverence and respect” the judiciary held for their positions.

In ruling against the constitutionality of Tuimalealiifano’s announcement that new elections had to be held, the Supreme Court made a point of questioning the advice he had received rather than criticising the head of state himself, while it had acted with grace in subsequent decisions.

That respect had not been reciprocated, with the HRPP pushing for Samoan Chief Justice Satiu Simativa Perese to recuse himself from election hearings due to alleged incompetence and a poor understanding of Fa’a Samoa (Samoan custom and culture).

Respect for the rule of law was essential for a democracy to function well, even if it was disgruntled respect, with Fuimaono citing the famous New Zealand court case Fitzgerald v Muldoon which found Robert Muldoon had breached the Bill of Rights.

“Even though Muldoon threw a hissy fit, he didn’t go out of his way to disregard court orders.”

Fuomaono was also concerned about a lack of checks and balances on executive power, with a recent, controversial law change giving a Judicial Services Commission, made up largely of the executive, the power to remove judges as they saw fit.

Significant change would be needed to avoid a repeat in future, including the repeal of the three controversial pieces of legislation which had sparked the creation of FAST, term limits on the role of Prime Minister, and a change to an MMP-type electoral system so oppositions could play a more meaningful role in the political process.

Dr Anna Powles, a senior lecturer at Massey University’s Centre for Defence and Security Studies, said both Australia and New Zealand had taken a similar approach to begin with, calling for the rule of law to be upheld and the democratic process to be respected.

However, Powles said Foreign Affairs Minister Nanaia Mahuta had shifted to stronger language in recent weeks, acknowledging the “patience” of Samoans and urging Parliament to be convened and a new government formed “without further delay”.

The Pacific Islands Forum had taken a conservative and non-committal approach to the standoff so far, a reflection of the organisation’s own instability after the announcement Micronesian states would break away from the grouping.

Powles said the Forum had a number of possible responses under its Biketawa Declaration for regional crises, including a fact-finding mission, providing support for institutions, or convening a meeting of Pacific foreign ministers.

Forum Secretary-General Henry Puna’s statements so far had been “very much a missed opportunity to actually show regional leadership at a time when the region is entering a potentially transformative period”, she said.

But as with Ardern, Puna has now offered his congratulations to Fiame in a statement also urging “all parties involved to continue to uphold the rule of law and carry out the necessary steps to ensure the peaceful transfer of power”.

“As espoused under the Biketawa Declaration, it is important for Samoa and our region that all is done to uphold respect for the rule of law, democratic process, and the peaceful transfer of power,” he added, suggesting the Forum could yet look to use some of the tools at its disposal if Tuilaepa fails to give way.

Barring further setbacks, it will now be up to Samoa’s first woman Prime Minister to do what she can to avoid another constitutional crisis in future.