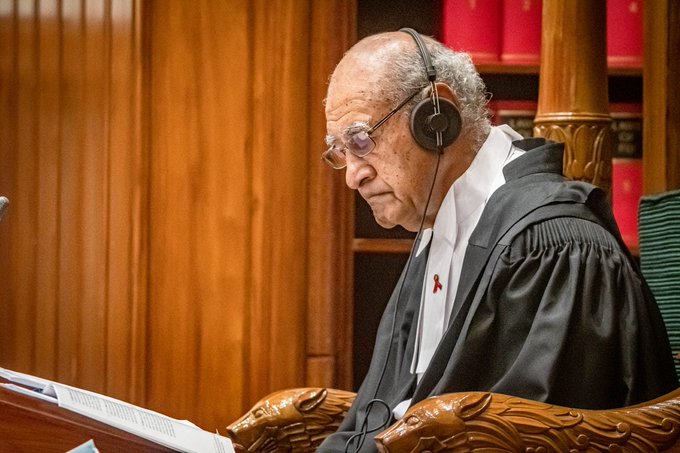 Ratu Epeli informed the House the Bill was introduced, along with the 2021/2022 National Budget, a majority of MPs voted in favour of considering the amendment without delay, meaning it could be debated in parliament.

The Speaker said these petitions are out of order and will not be presented to parliament.

“I hereby rule that Members of Parliament cannot use the submission of a petition under Standing Order 37 to withdraw Bill 17 of 2021 from parliament and frustrate a process that has already been agreed to by parliament. This will clearly be an abuse of the parliamentary process.”

SODELPA Leader, Viliame Gavoka’s petition also asked parliament to agree that the Prime Minister must direct the Minister for Economy to withdraw Bill 17.

Ratu Epeli said the standing orders 90 clearly state that the MP in charge of any Bill who may withdraw the bill at any time before the third reading in Parliament.

“Standing Orders do not provide for the parliament or Prime Minister to direct a Member of Parliament to withdraw a Bill that has been tabled. The only way to defeat a Bill is to vote against the Bill.”

The Speaker said any issues with Bill 17 must be raised and debated by MPs in parliament.