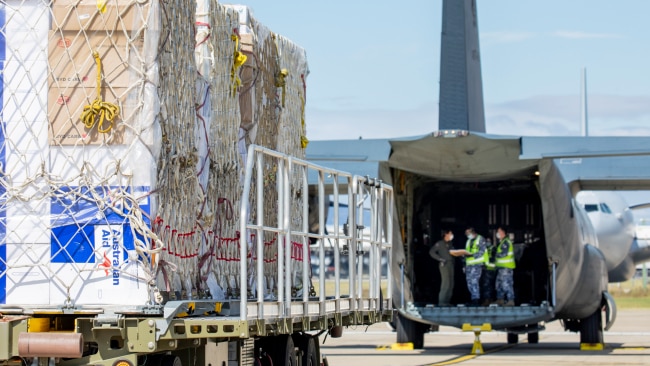 Australia’s AstraZeneca vaccine rollout in the Pacific Islands to hit one million doses by the end of the week, according to International Development Minister.

Minister for International Development and the Pacific, Zed Seselja, says the vaccine rollout to island nations has had “significant uptake” as COVID-19 continues to impact the region.

Australia has committed 15 million doses of AstraZeneca to assist Pacific Island nations in their battle against COVID-19 as the domestic rollout continues to increase.

Seselja told Sky News Australia on Tuesday night, the rollout is having positive impacts throughout the Pacific Island region.

“We’ll be at a million doses to the Pacific at the end of this week.

“We’re seeing really big rollouts in places like Fiji where we’ve delivered over a half a million doses of AstraZeneca to Fiji and we’re seeing pretty significant take-up of those doses in the Fijian population.”

Fiji is currently battling a major COVID-19 outbreak with more than 13,000 cases in the past 14 days, including 1,285 recorded on Monday.

But through Australia’s vaccination drive, the island nation has the highest first dose jab rate in the region.

While Australia’s vaccine rollout increases with at least 12 million doses expected to be administered by the end of July, Seselja said it was also “important that our region is protected”.

“The Prime Minister said some time ago that he believed we have a moral and economic responsibility to ensure our region is vaccinated,” Seselja said.

“We are well on the way to doing that and I think it’s been very well received in our region.

“We believe it’s the right thing to do for those countries but I think it’s also something that’s in our interest in the medium-term and long-term.”

Prime Minister Scott Morrison called on members of the United Nations to share vaccines with the world during a speech to the UN last September, labelling it a “moral responsibility”

“Some might see short-term advantage, or even profit. I assure you to anyone who may think along those lines, humanity will have a very long memory and be a very, very severe judge,” he said.

PM Marape: Covid-19 not a joke, Protocols to be imposed

Experts call on Pacific community to take inspiration from Fiji as...