Japan delivered on its theme of ‘United by Emotion’ for the opening ceremony of the Tokyo Games – recognising its national sport heroes, health frontline workers and young children from the tsunami ravaged areas in the north of the country – who featured prominently in last night’s opening event that lasted almost four hours.

Japan demonstrated to the world its resilience and ability to overcome national and global challenges to be able to host this postponed Games in the middle of global COVID19 pandemic. 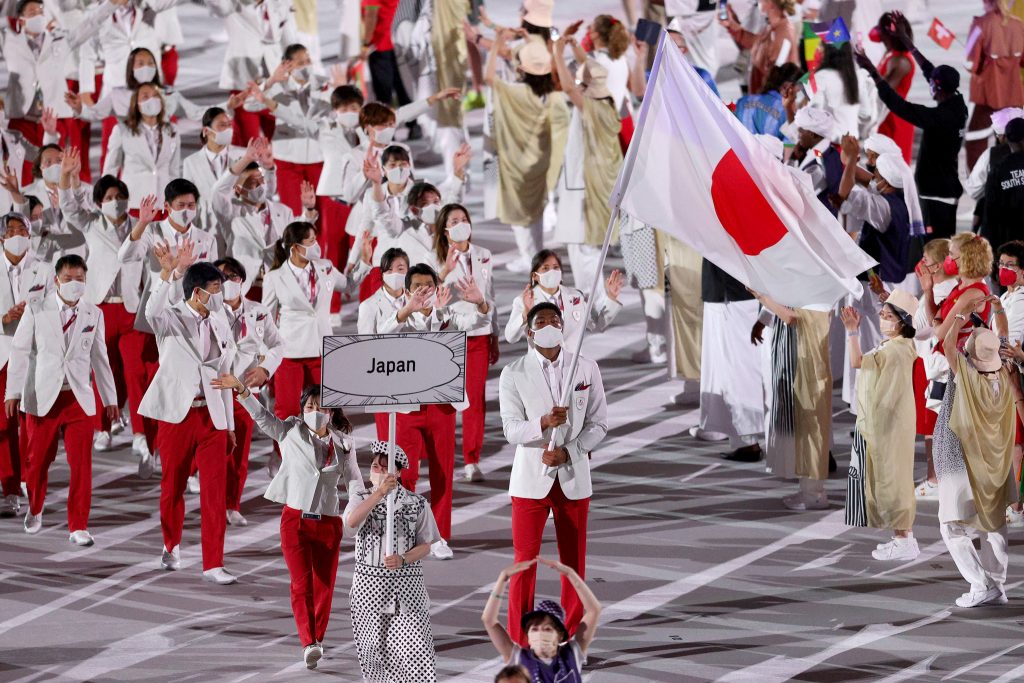 Tokyo 2020 Organising Committee president Hashimoto Seiko said: “The whole world has faced immense challenges with COVID-19. I would like to express my gratitude and respect to all essential workers including those in medical services and others around the world who have shown such determination in overcoming these challenges.”

International Olympic President, Thomas Bach thanked the unsung heroes of the pandemic – especially in Japan to ensure that the Games was hosted as scheduled after it was postponed last year. 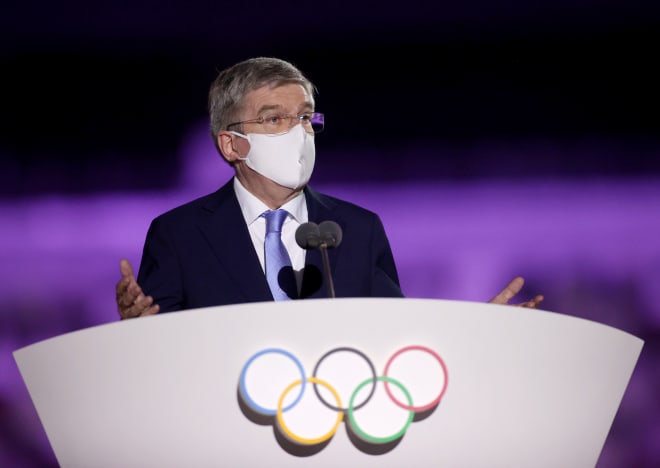 “Ten years ago, you set out on the journey to bring the Olympic spirit back to Tokyo after the outstanding Olympic Games Tokyo 1964. It was a difficult journey, with unprecedented challenges along the way: first, reconstructing after the Great East Japan Earthquake, then the coronavirus pandemic. This is why our gratitude and admiration for you is even greater.

“A special thanks goes to the thousands of volunteers who, despite all the challenges they had to face, welcomed us wholeheartedly. You are the best ambassadors for Japan. A big thank you to all volunteers!

Bach acknowledged the Japanese Government and the people for making the Olympic Games Tokyo 2020 possible.

He said the perseverance of the Japanese people is also true for all Olympic athletes that qualified and made the sacrifice to come to Japan despite the risks posed by the COVID19 pandemic.

“You struggled, you persevered, you never gave up, and today you are making your Olympic dream come true.

“You are true Olympic athletes.

“You inspired us, the IOC and the entire Olympic community. You inspired us to fight like you, and for you, to make this moment possible.

“This is why I would like to express my sincere thanks to all the National Olympic Committees, the International Federations, all our TOP partners and sponsors and our Rights-Holding Broadcasters for standing together with us. This made all of us a true community – the Olympic community.

The IOC President the coming together of athletes from 205 countries all over the world under one roof is testament to the hope that “this is the light at the end if the dark tunnel of this pandemic.”

“The pandemic forced us to be apart. To keep our distance from each other. To stay away even from our loved ones. This separation made this tunnel so dark. But today, wherever in the world you may be, we are united in sharing this moment together. The Olympic flame makes this light shine brighter for all of us, said Bach.

As international singers performed John Lennon’s “Imagine,” in a pre-recorded video shot in different locations around the world, athletes were treated to a stunning drone show in the Tokyo sky. Over 1,800 drones lit up to form the Tokyo 2020 logo which later tuned into a revolving globe.

Drone light show in the sky.
Theme of #olympic opening ceremony is “United by emotion” pic.twitter.com/a9VXldQpyv

The much-awaited event of the evening was the lighting of the Olympics cauldron, that had many international media guessing who was going to do the honours. Japan’s tennis star and four-time Grand Slam champion, Naomi Osaka received the Olympic torch from students of Iwate, Miyagi and Fukushima before she lit the cauldron that was enclosed in what appeared to look like a replica of Mount Fuji.

While opening ceremonies of the Olympics are usually staged in front of packed stands, spectators were kept away in Tokyo.

According to Tokyo 2020 organisers, only 950 VIPs attended the opening ceremony – in a venue with a capacity of 68,000 people. U.S First Lady Jill Biden and French President Emmanuel Macron attended the event.