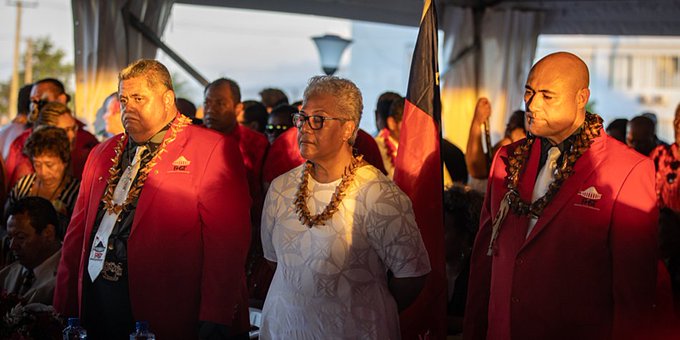 The Court of Appeal ruled on Friday that the Faatuatua ile Atua Samoa ua Tasi (FAST) party was Samoa’s new Government bringing three months of political stalemate to a close.

The court, the highest in the country, found that a swearing-in ceremony conducted by the party on the lawns of Parliament on 24 May was in fact legally binding, immediately installing FAST as the nation’s new Government and declaring it had been so for nearly two months.

The decision apparently brings to an end the 22 year reign of Tuilaepa  Sailele Malielegaoi as the nation’s Prime Minister.

Under the court’s order he will be succeeded by Samoa’s first female Prime Minister, Fiame Naomi Mataafa.

In their conclusion, the Court of Appeal said for the avoidance of doubt Samoa has had a lawful Government since 24 May, namely that led by the F.A.S.T. party.

A former member of Tuilaepa’s Government and Deputy Prime Minister who quit the ruling party in September over what she said were plans to dismantle the rule of law in the form of three bills that were passed into law last December.The bills drew widespread criticism for their effect on the independence of the courts from legal experts and the nation’s judges.

The impromptu swearing-in was held on 24 May – the last day on which Parliament was obliged to meet after a national election according to a stipulation in the nation’s constitution.

That ceremony, which was boycotted by HRPP members and the Head of State, was conducted before a majority of FAST Members of Parliament and followed a Supreme Court order the day prior ruling that Parliament convene. But the ceremony was held outside the Legislative Assembly building after the former Speaker of the Parliament, , Leaupepe Toleafoa Faafis, ordered that it be locked down.

While the swearing-in was previously struck down by the Supreme Court the FAST party argued that it needed to be held out of the “principle of necessity”, namely to stop the breach of that constitutional requirement.

Since then the HRPP’s numbers on the floor of of Parliament has fallen by seven to reach 18 following successful seat-by-seat post-election legal challenges to its electon victories that will result in fresh by-election contests.

The HRPP and the Head of State have ignored decisions instructing them to convene Parliament that they could not do so until all Members of Parliament were represented in the Legislative Assembly, particularly women M.P.s who are required to make up 10 per cent of all legislators under a constitutional mandate.

The panel of Justices said it does not recognise the caretaker Government being legitimate and said it was unlawfully occupying office.

The court also ruled that the role of the Head of State in swearing-in the Speaker and members of the FAST are ceremonial roles to administer the swearing-in where the oath is to the Almighty God.

The question of whether the courts have the legal right to force Parliament to sit in cases where the constitution had been violated, or whether that power was exclusively vested in the Head of State, lay at the heart of the case, which was held last week.

In that hearing, arguing on behalf of the Samoa Law Society New Zealand Q.C. Robert Lithgow said something had stood in the way of the Legislative Assembly convening despite the court’s clear power to force Parliament to sit within a day.

He said the constitution, as the supreme law of the land, could not be “bolted” down by interested parties but it had a broader, higher purpose: protecting the central interests of the Samoan people as expressed by them in their recent election.

Friday’s decision came as a surprise to parties involved in the case, who had previously been under the impression that a decision would not be handed down until Monday next week.

A notification that a decision on the matter had been reached was only sent to involved parties at about five minutes past 4 pm on Friday afternoon with the decision handed down shortly after at about 4.30 pm.

The HRPP was added as a party to the Supreme Court case but no comment has yet been made by Tuilaepa or any of its other representatives.

Delta variant has arrived in Guam