Vanuatu’s flag bearer at the Tokyo 2020 Games due to open tonight was the first Pacific athlete to compete in the men’s 2000m single scull rowing at 8.40am local time.

Riilio Rii was placed 6th in a string field of competitors from Greece, New Zealand, Peru, Monaco and Dominican Republic in the second heat of the Men’s single scull competition. Rii’s time of 8.00.98 minutes was just over 1.01 minute behind the winner from Greece, Ntouskos Stefanos, who clocked 6.59.49 minutes.

Speaking to PACNEWS immediately after the race, Rii said he was delighted the first race was out of the way. “I was nervous before the race but am glad it’s now done. It could have been better. My time today of 8.00.98m was okay but it’s not my best time. My personal best is 7.30m and I hope to improve that time in the next races coming up.

He attributes his slow performance to lack of international competition because of the COVID19 pandemic that restricted international travel. Rii has three more races in the coming days which includes the important repechage qualification of the bottom three competitors from the five heats to determine which one will progress into the qualifying stages of the competition. Rii is optimistic he will do better in the coming competition.

“I am confident I can do better now that I have tried out the seawater here. One of the challenges I find while in competition is the kind of water that I compete in affects my performance. Back home, preparing to come, I was training in the salt water, which is little different to the water here. T

The 27-year old Vanuatu Olympian has been involved in competitive rowing competition at the international level for ten years – and hopes to do well here in Tokyo to make his nation proud. 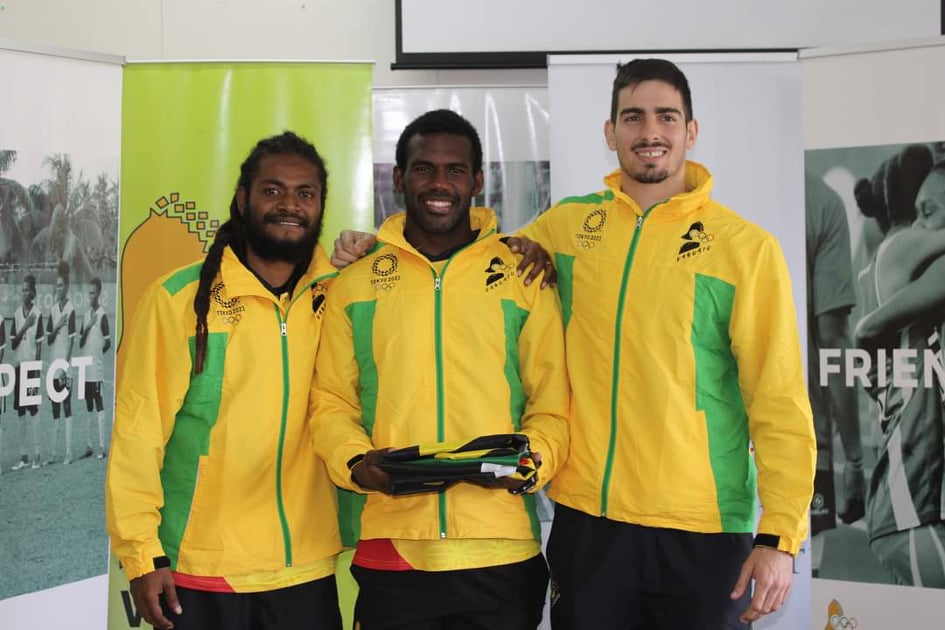 He will also be the flagbearer for tonight’s Opening ceremony.

“I’m honoured to be given this important role of carrying my nation’s flag. I will be wearing a traditional grass skirt from Tanna to promote our national identity and culture, he told PACNEWS.