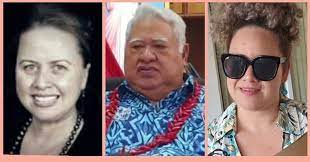 The Samoa Law Society (SLS) Vice President has responded to comments made by caretaker Prime Minister Tuilaepa Sailele Malielegaoi, who has called for younger members of the Society to be reprimanded for dishonoring the Head of State by questioning his powers.

During an interview with TV3, Tuilaepa said office bearers of SLS were young and naive ‘faafiapoko and the professional body should call a special meeting where older members should put the younger members into place.

Tuilaepa was referring to the Society’s formal submissions on issues such as the constitutional powers of the Head of State, which came under scrutiny during Court of Appeal proceedings last week.

As Vice President of the self-regulating professional association of lawyers in Samoa, Su’a Hellene led SLS submissions in the most recent Court of Appeal case of Samoa’s political crisis, and SLS had also spoken out on the impacts of three controversial bills passed into law last November.

In response to the Prime Minister’s comments, the Vice President took the high ground and said she would not respond out of respect for Tuilaepa.

“I have a lot of respect for le afioga ia Tuilaepa for the many years of service he has provided Samoa and his leadership in developing our country over the years.

“I also know some of his children, including two of his daughters who are lawyers. They are very humble and respectful,” said Su’a.

“So even though Tuilaepa’s comments may have been made in relation to my role in representing the Samoa Law Society in these very important constitutional cases for Samoa, I do not want to respond to them.

“These comments are obviously made in the context of the current environment and I appreciate he may be still trying to come to terms with the outcome of the elections in April which is not what he had expected.

“The caretaker Prime Minister may consider me to be a young female but I know where I stand. I have been a lawyer for 23 years and a matai for 13 years. I carry these duties seriously and with pride.”

Tuilaepa called on SLS to reprimand female lawyers whom he said have disrespected the Courts with their dress code, by wearing miniskirts, and appearing before the Judiciary with untidy hair (ulu veuveua).

Regarding professionalism in attire, Su’a said the Samoa Law Society acknowledged the importance of dress code for all lawyers in court, but would not want such comments from Tuilaepa to discourage Samoa’s young female lawyers.

“We note this from time to time and I know the Attorney General takes a strong position on this too,” said Su’a Hellene on the dress code.

“The majority of lawyers in Samoa now are females and a lot of them are young.

“From what I have observed, they all carry themselves professionally when they come to court,” said Su’a.

“We wouldn’t want such comments to discourage our young female lawyers,” she added.

Outside court, female lawyers brushed off Tuilaepa’s comments and said they were far too busy with electoral petitions and legal debates in court on the interpretation of constitutional articles to comment.