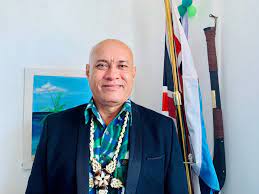 Pacific Island countries will seek debt relief from their creditors as the spread of COVID-19 leaves some governments struggling to provide basic and essential services, Tuvalu’s Minister of Finance Seve Paeniu said on Thursday.

Paeniu said the COVID-19 crisis has decimated the dominant tourism industries of some Pacific countries, and a meeting with creditors will be sought to secure financial assistance. Some countries in the region were facing huge strains amid rampant borrowing.

“If the majority of the debt can be forgiven, that would be the first preference for the Forum countries,” Paeniu told reporters during a virtual news conference after the Pacific Islands Forum Economic Ministers Meeting(FEMM).

The Asian Development Bank (ADB) earlier this year said more than one million people in the region could fall into extreme poverty as a result of COVID-19.

The Pacific Islands – which control vast swathes of resource-rich ocean – have been flooded with offers of loans from Western countries and China as both sides battle for influence in the region.

The United States has criticised China for extending loans to poorer countries for infrastructure projects that risk saddling them with unsustainable debt. China rejects the criticism.