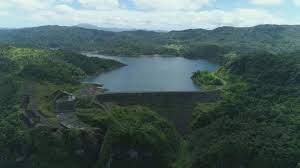 Mountain tribes in Fiji are thwarting plans by the country’s power monopoly to build a multi-million hydro power plant.

The people of Nubu and Cawanisa say Energy Fiji Limited (EFL) only has itself to blame for the derailment of its hydro project because of the pitiful rental it has paid them in the past.

On hold is the Qaliwana Hydro Scheme, which EFL has earmarked as its fifth hydro power plant, in the centre of Viti Levu, Fiji’s main island.

Qaliwana is located in the same region as the main Monasavu Hydro Scheme, which was commissioned in 1983 and has an 80 MW capacity. Adjacent Wainisavulevu Weir was constructed in 1984, and another hydro plant, the Nadarivatu Hydro Scheme came online in September 2012. The fourth hydropower at Nagado has been shut down since 2016 due to “low water pressure.”

Landowners have refused to lease EFL the 2700 acres of land needed for the Qaliwana project. Instead, they have registered an independent power producer (IPP) company and told EFL that their IPP, with the support of international partners, intends to construct the hydro plant themselves.

They say EFL will then be invited to purchase the power from them.

The Fiji government is the majority owner of EFL, and while its CEO Hasmukh Patel is refusing to respond to written questions this magazine had sent to his office, Islands Business knows that the public utility is unimpressed with the landowners’ intentions.

Eyewitnesses in Nubu and Cawanisa tell the magazine that on at least two occasions, the Fiji Police’s Special Response Team, dressed in full riot gear, visited their villages to warn them against interfering with the EFL plans.

‘EFL brought 20 police officers with three guns to seize our land, claiming that they were sent by the Prime Minister. But when we asked Luke Vauvau and Etuate Mataitini from EFL whether they were indeed sent by the PM, they became afraid and said the PM didn’t send them, but it was their CEO, Hasmukh Patel,’ explains a post on the community’s social media page, showing photos of the police officers and their vehicles.

Verified with the Fiji Police Force headquarters, its media spokesperson Ana Naisoro confirmed the involvement of their Special Response Team but ignored our questions about whether the officers were armed.

“The visit was part of normal operations and visitations conducted by the Special Response team where they check on important infrastructure and at the same time conduct visitations to nearby villages,” was Naisoro’s one-line reply.

Documents made available to the magazine showed that the tribes have made representation to the office of Fiji’s Prime Minister Frank Bainimarama. They have a copy of Bainimarama’s response, in which he acknowledged and supported the move by the landowners to form their own power company.

A copy of the Prime Minister’s letter has been shown to government offices particularly on the west coast of Viti Levu, including the Commissioner Western and heads of Provincial Councils.

This letter was also shown to the two teams of police officers that had visited landowners in Monasavu and Nadarivatu.

In a video interview that was made available to Islands Business, a spokesman for the tribes of Nubu and Cawanisa, Peni Nagata revealed that they had secured the services of international law firm, Clyde & Co to represent them.

He said the three landowning units (mataqali) of Nabuto, Navinoti and Naqereqere have formed a private company and registered it by the name of Nubucokocoko Holdings Trust.

“Members of the mataqali have started their fundraising drive as we want to lease the hydro power plant site, and pay for a feasibility study,” said Nagata.

At least one of them, mataqali Navinoti is hoping to use the investment component of its Monasavu Hydro compensation money as equity in Nubucokocoko Holdings.

The magazine also saw number crunching done by Nubucokocoko Holdings about the viability of the proposed hydro power plant. Working on the electricity purchasing rate of 33 cents per KW that, according to the landowners’ company was once offered by EFL to buy power from the timber processing company Tropic Woods Ltd, they figure the Qaliwana Hydro could earn FJD$51.32m (USD$25.40m) annually.

“This numbers are very conservative, but they prove the point that the proposed hydro plant at Qaliwana is feasible,” said Ratu Semi Leiene, a landowner of Qaliwana.

The regulated domestic tariff set by the Commerce Commission is currently 34.01 cents/units.

Our questions emailed to Clyde & Co’s headquarters in London have yet to be answered. Documents sighted by Islands Business however revealed the landowners hope to approach Tokyo Electric Company and the European Investment Bank (EIB) to finance the project with the assistance of Clyde & Co.

In their brief response to our emailed questions, the media division of the EIB in Luxembourg said the Bank is managing funds from the Investment Facility for the Pacific (IFP) “for the purpose of conducting a technical and economic feasibility study for hydropower development on the Qaliwana and Upper Wailoa rivers.

“The objective is to assist the Government of Fiji (GoF) and Energy Fiji Limited (EFL) to determine the best way to meet their energy sector objectives and in particular their strategic renewable energy targets.

“The studies are ongoing, and no decisions about individual potential project/s nor structure or financing modalities have been taken yet, nor has any party (including EFL) officially requested financing from the EIB.

“In order for the EIB to consider participation in any financing, the project must fulfill our Environmental, Climate and Social Guidelines set out in the EIB’s objectives for investments in hydropower projects, and this fulfillment would be assessed during project appraisal.

“The EFL is fully informed of EIB’s guidelines on good practices for meaningful stakeholder engagement.”

Accessed on the bank’s website, the document has a separate chapter on ‘Special Requirements for Engaging with Indigenous Peoples.’

It states that the requirements are “to ensure that any communities of indigenous peoples affected by a project are fully informed about the project and its potential impacts, meaningfully consulted about the project, and given the chance to deliberate on whether they agree with the project.”

Free, Prior and Informed Consent is a key part of the EIB’s commitment to human rights, and the manual stressed that any “promoter who receives EIB finance for a project impacting indigenous peoples” must abide by the FPIC principles:

•No coercion, intimidation or manipulation.

•That consent has been sought well in advance of activities, and sufficient time is made for indigenous consultation and consensus processes

•Information is provided covering the nature, size, pace, reversibility and scope of any proposed project or activity; its purpose; the time involved; location of affected areas; the likely economic, social, cultural and environmental impact, including risks and benefit sharing; people likely to be involved, and other procedures.

The consultant was hired by the EIB, said Patel.

A feasibility study followed, and a report should have been ready by now.
Before its website was taken down this month, Studio Pietrangeli said the proposed Qaliwana Hydropower project together with the upgrade of the existing Nadarivatu hydro scheme was its first project in Oceania.

It states Qaliwana will have a power capacity of 18 MW, featuring an arch gravity dam of 63 metres in height, penstocks and an outdoor powerhouse. “This plant will also receive flows from the Upper Wailoa catchment through weirs and several tunnels.”

The tunnels will run for about 13.5km.

Work on the Nadarivatu Hydro, Studio Pietrangeli adds, will include the installation of its third turbine that will raise the total power capacity of the plant to 60 MW.

Fiji has said it is working towards generating 100% of its energy through renewable sources by 2036. Infrastructure Minister Jone Usamate told the International Renewable Energy Agency earlier this year that this ambitious target will require financial support and expertise, as costs will be high.

Half of Fiji’s power needs are supplied through hydropower. Some 45% comes from fossil fuel generation and the remaining 5% from biomass and wind. EFL needs to generate 267 megawatts (MW) of power daily to service the 90% of Fijians connected to its grid. EFL recently signed a US$15 million solar project with the International Finance Corporation (part of the World Bank group). It will see a private sector partner deliver at least 15 MW to the national grid.