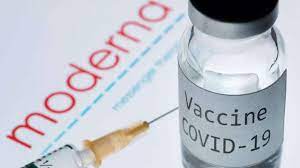 Fijians above 60 years of age and have medical conditions such as chronic lung disease, significant cardiac disease, severe obesity, diabetes, liver disease and human immunodeficiency virus (HIV) infections are encouraged to get the Moderna vaccine for protection.

The government in a recent statement noted that this new COVID-19 vaccine is expected to arrive in the country soon.

“An individual requires two doses of the Moderna COVID-19 vaccine for full protection, with the second dose to be administered 28 days after the first dose,” the statement said.

“The Ministry of Health recommends people to receive the same type of COVID-19 vaccine for both first and second doses without mixing them.

“This means a person who received the Moderna vaccine as first dose should get the same Moderna for the second dose and the same applies to the AstraZeneca vaccine.”

The statement also highlighted that the new vaccine would boost the Health Ministry’s ongoing vaccination efforts.

The new vaccine would allow eligible individuals, 18 years and older, including pregnant women to get vaccinated.

“Soon women who are pregnant will receive the Moderna vaccine to protect themselves against the risk of severe illness, hospitalisation and other consequences of COVID-19.

Meanwhile, the directive from Government for employees to get jabbed or lose their jobs is expected to raise important developments and debates in the legal field as people may challenge the move in courts, seeking the judiciary’s interpretation of rights and the constitutionality of the new regulations recently imposed, says Suva lawyer Filimoni Vosarogo.

Speaking during the Bula ko Lau virtual COVID discussion last week Vosarogo said the announcement was a perfect example of clashes between constitutional rights and the law which is usually settled by the courts through redress.

For Government to make such announcements, Vosarogo said the state usually consulted its legal advisors before making such policies adding he thought with the rising numbers of COVID positive cases and battering the Fijian economy has taken, they have run out of options but to bring these new drastic regulations in.

In future, Vosarogo said it would be interesting to see these positions being challenged in courts to see and for the judiciary to determine the issue adding the current situation was totally new and that court decisions would guide us in the future.

Earlier through his contribution, Vosarogo said people had the right to refuse medical treatment and not to be discriminated against for their choices adding that people waived these rights once they signed their vaccination card because Government was aware of these rights.

Also contributing to the forum, lawyer Nemani Tuifagalele said since the Public Health Act was currently being enforced during the current crisis so every directive would be derived from the legislation which gave authority to the Ministry of Health to make such policies.

He added that the Prime Minister, Voreqe Bainimarama may have been speaking as the head of Government, the employer of all civil servants.

He said it would be interesting to note the judiciary’s stand in drawing the line between a government’s duty to protect the collective health and safety of the population and the individual’s right to integrity and sole decision making over their own body.

“While the AstraZeneca vaccine also protects pregnant mothers from severe illness, hospitalisation and other consequences of COVID-19, the Moderna vaccine will allow earlier immunity protection for women, as the second dose is administered after 28 days.

“Like the AstraZeneca vaccines, two doses of the Moderna COVID-19 vaccine can protect individuals from severe illness, hospitalisation and death from COVID-19.”

The Moderna COVID-19 vaccine comes into the country with the support of the United States of America under the COVAX Facility vaccine share mechanism – a worldwide initiative aimed at fair access to COVID-19 vaccines directed by Gavi, the Vaccine Alliance, CEPI, WHO and UNICEF.