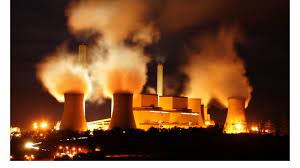 A call from a Pacific island neighbour to phase out coal power is one of 55 recommendations the Morrison government has rejected ahead of a UN session focusing on Australia’s human rights record.

Australia rebuffed the Marshall Islands’ request to phase out coal-fired power in order to limit global heating to 1.5C, as the climate crisis is increasingly framed as a threat to human rights.

Analysis by Guardian Australia reveals it is one of 55 human rights-related recommendations that Australia has rejected, out of 344 put forward by other countries ahead of Thursday’s UN meeting.

The recommendations that Australia “will not consider further at this time” also include proposals from a range of countries to end the offshore processing of asylum seekers arriving by sea and to prohibit detaining children in immigration detention.

Calls from 30 countries for Australia to raise the minimum age of criminal responsibility from 10 to at least 14 – amid concerns about the over-incarceration of Indigenous children – have simply been “noted”, with the government pointing to the role of state and territory governments in legislating any such change.

The responses have prompted criticism from human rights groups, which have urged the Australian government to “accept responsibility for past wrongs and work towards being a global leader on human rights”.

Every five years each country’s record and policies on human rights are put under the spotlight as part of a UN process known as the universal periodic review.

The Marshall Islands – which, together with other Pacific nations, regards climate change as an existential threat – had recommended in an earlier session that Australia “work consistently towards its target in conformity with the Paris Agreement to keep global warming below 1.5°C, by phasing out the use of coal”.

In a formal response submitted ahead of Thursday’s hearing in Geneva, Australia noted the recommendation but said it would not consider it further – a stance that amounts to a formal rejection.

But Australia accepted three other climate and disaster-related recommendations, including a call from Haiti to “take tangible and sustainable steps to tackle the adverse effects of climate change, drawing on Australia’s potential to produce and export renewable energy”.

In its written submission to the UN human rights council, the government also repeated Scott Morrison’s formulation that Australia “will meet its 2030 Paris target and reach net zero as soon as possible, preferably by 2050” – despite members of the Nationals pushing back at the idea of a formal mid-century commitment.

“Australia is committed to the goals of the Paris agreement and is taking the practical action needed to reduce emissions,” the government wrote.

According to Human Rights Watch, Australia is painting “a picture of itself for the global stage that doesn’t match the reality at home”.

“While Australia is pledging at the human rights council to meet its 2030 Paris target, the Morrison government is announcing financing assistance to build a coalmine in Queensland,” said Sophie McNeill, a researcher for Human Rights Watch in Australia.

“People should not be surprised that a recent UN report listed Australia as last on action in response to climate change among more than 170 UN member states.”

In its statement to the human rights council, the government characterised immigration detention as “an essential component of effective border management” and said children were “detained for the shortest practicable time”.

But McNeill said the government’s claim that Australia was committed to the human rights of refugees and asylum seekers was “absurd so long as harmful offshore detention polices continue and people remain for years in immigration detention”.

Amid calls for the federal government to take a leadership role in pushing for criminal justice system reform, Amnesty International said it was “deeply disappointed” that Australia had effectively ignored recommendations to “raise the age”.

“In 2019-20, 499 children aged between 10 and 13 years were detained by Australia in the youth justice system,” the national director, Samatha Klintworth, said.

In its written responses, the government said the responsibility for raising the minimum age of criminal responsibility was “shared between the Australian government and states and territories”, and some jurisdictions were planning to change the law.

The head of policy at Save the Children Australia, Simon Henderson, said the government should use Thursday’s hearing to “formally start putting into action a national plan to make this critical change at a national level”.

He said the “long overdue” policy of raising the age was recommended by 30 countries, including Canada, Denmark, Spain, Greece, Uruguay and Zambia.

Of the 344 recommendations received from other countries during a UN hearing in January, Australia has since indicated it accepts 177 and rejects 55, according to Guardian Australia’s analysis of responses submitted by the government.

A further 87 recommendations were simply “noted” and 24 were “noted, to be considered further”. A single recommendation – China’s request to “stop using false information to make baseless accusations against other countries” – was labelled by Australia as being outside of the scope of the review.

The executive director of the Human Rights Law Centre, Hugh de Kretser, said Australia had an important decision to make when it responded to its peers in the final stage of the review.

The options, he said, were to “accept responsibility for past wrongs and work towards being a global leader on human rights, or continue to fail to protect rights in critical areas like the treatment of Aboriginal and Torres Strait Islander peoples and refugees and people seeking asylum”.

The government has rejected a call from Norway to consider abolishing mandatory sentencing laws and rebuffed calls from Haiti and Cambodia to increase foreign aid to 0.7% of gross national income.

Australia did accept a range of other recommendations, including a call from Vanuatu to strengthen mechanisms to eradicate racial discrimination by revising the constitution and recognising the rights of Aboriginal and Torres Strait Islander peoples.