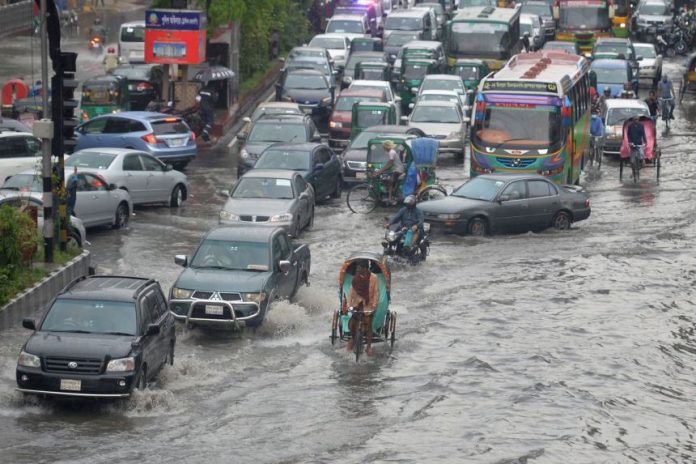 Pressure is growing on rich countries to set out exactly how they will deliver a promised US$100 billion a year in funding to help poorer nations tackle climate change, with the UN chief and Britain on Thursday calling for a clear plan.

At a summit hosted by Bangladesh, finance ministers from a group of developing economies particularly vulnerable to climate impacts, known as the V20, urged wealthy governments to outline “how and when” they will meet the pledge between now and 2024.

UN Secretary-General Antonio Guterres said in a video address to the online meeting that “a clear plan” was needed to deliver on the climate finance target through to 2025.

“To rebuild trust, developed countries must clarify now how they will effectively deliver US$100 billion in climate finance annually to the developing world, as was promised over a decade ago,” said the UN chief.

In 2009, donor governments agreed to increase climate finance channelled to vulnerable nations to $100 billion a year by 2020. Under the 2015 Paris Agreement they said they would negotiate a yet-higher amount that would kick in from 2025.

But the latest figures from the Organisation for Economic Co-operation and Development show that in 2018 about US$80 billion was delivered, while a UN-commissioned report said in December it was unlikely the US$100-billion goal had been met in 2020 amid the economic woes of the coronavirus pandemic.

On Thursday, Guterres asked rich nations and multilateral development banks to allocate half of their international climate finance to efforts to help poor countries and communities adapt to worsening extreme weather and rising seas.

Currently, funding to boost resilience is hovering at only about a fifth of total climate finance for developing nations, with the rest going to projects to cut planet-warming emissions by moving away from fossil fuels and adopting renewable energy.

Under the Paris accord, about 195 countries agreed to rein in their emissions to keep global temperature increases “well below” 2 degrees Celsius above preindustrial times, and ideally to 1.5C, to avert the worst effects of climate change.

But the planet has already warmed by about 1.2C, and is on track to heat up by close to 3C as emissions continue to rise around the globe, scientists say.

A growing number of major economies have pledged to cut their emissions to net zero by mid-century and are setting stronger reduction targets for 2030.

But the most vulnerable countries with lower emissions need financial and technical support to invest in renewable energy and tackle climate-induced disasters, said UN chief Guterres.

Alok Sharma, the British official who will preside over the COP26 UN climate talks this November, wrote in a commentary for the Thomson Reuters Foundation that the world needed a “big push” on climate finance ahead of those negotiations.

“It is essential for helping developing countries on a path to a clean, green future. With support, these countries can leapfrog polluting technologies as their economies develop, and protect themselves from climate change,” he wrote on Thursday.

He urged G7 countries to step up before COP26 with commitments of fresh finance for the coming five years, and called for a plan to be published to deliver the US$100 billion.

Bangladesh Prime Minister Sheikh Hasina, who opened the V20 summit, said that while the 48 member countries of the Climate Vulnerable Forum accounted for only 5% of global emissions, they were the “worst victims” of the man-made climate crisis.

The ongoing COVID-19 pandemic has added “new miseries” and affected the livelihoods of millions, particularly in Asia-Pacific, Africa and Latin America, she noted.

“We would like to call upon the developed countries to reduce their carbon emissions drastically. We also count on the delivery of the agreed US$100 billion per annum as climate finance,” she told the online meeting.

The demand for rich nations to meet their finance pledge was echoed by the presidents of Ethiopia, Colombia, Costa Rica and the Marshall Islands. Latin American leaders also requested a far higher proportion be given as grants rather than loans.

US climate envoy John Kerry said it was “imperative” the US$100-billion pledge be met by COP26.

“And the promise going forward is that we’re going to do what we need to do to bring larger amounts of finance to the table”, including from banks and other investors, he added.

Guam Catholic Church offers to pay up to US$34million to sex...