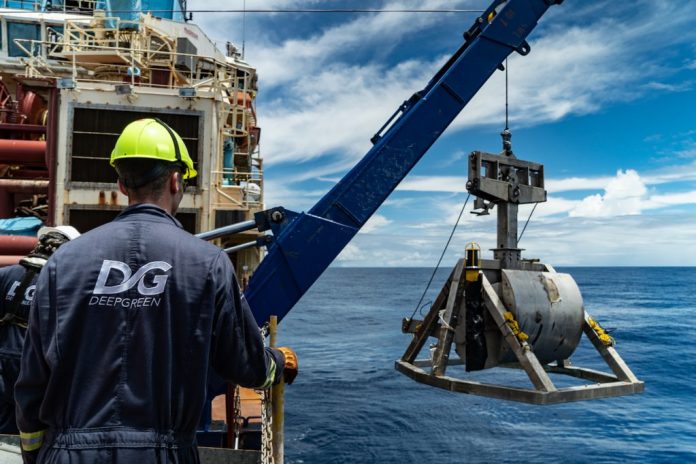 The tiny Pacific island nation of Nauru has requested approval for deep-sea mining plans for a subsidiary of The Metals Co, giving the UN International Seabed Authority (ISA) two years to decide on rules for the new and controversial industry.

Nauru President Lionel Aingimea notified the president of the council of ISA in a letter dated 25 June and seen by Reuters on Tuesday. Reuters reported on Friday that Nauru planned to trigger the so-called “two-year rule” which allows for mining to proceed after two years under whatever rules are in place at that time.

Nauru is a sponsoring state for Nauru Ocean Resources Inc (NORI), a wholly-owned subsidiary of The Metals Co, formerly known as DeepGreen, which plans to list on the Nasdaq in the third quarter in a merger with blank-check company Sustainable Opportunities Acquisition Corp.

“Nauru requests the council to complete the adoption of rules, regulations, and procedures required to facilitate the approval of plans of work for exploitation in the area within two years of the operative date of this request, which is Wednesday 30 June 2021,” Aingimea wrote.

Aingimea said the international community had been negotiating for more than seven years over a draft code, adding that “in light of the most recent progress, we are of the view that the draft Exploitation Code is nearly complete”.

But differences remain between ISA member states over the regulations and no agreement has been reached on a royalty regime for deep-sea minerals, said Duncan Currie, an international lawyer who has attended the ISA since 2012.

The Metals Co, which has previously said it aims to start mining in 2024, did not immediately reply to a request for comment.

Deep-sea mining would extract cobalt, copper, nickel, and manganese – key battery materials – from potato-sized rocks called “polymetallic nodules” which pepper the sea floor at depths of 4-6 km (2.5-4 miles) and are particularly abundant in the Clarion-Clipperton Zone (CCZ) in the North Pacific Ocean, an area spanning millions of kilometres between Hawaii and Mexico.

Resources on the international seabed are defined as the common heritage of mankind under U.N. law, so benefits of deep-sea mining are meant to be shared among all countries – not just those sponsoring a mining company – but how those benefits should be shared is still being debated.

Nauru, an island with about 12,000 inhabitants, said in its letter that more than 80% of its land had been made uninhabitable by colonial-era phosphate mining and said deep-sea mining was more sustainable.

The Metals Co has said deep-sea mining would be a cleaner way to source battery metals, saying it would produce less waste and fewer emissions than land mining.

Some environmentalists and scientists have called for a ban, saying too little is known about deep-sea ecosystems and mining could wipe out as-yet undiscovered species.