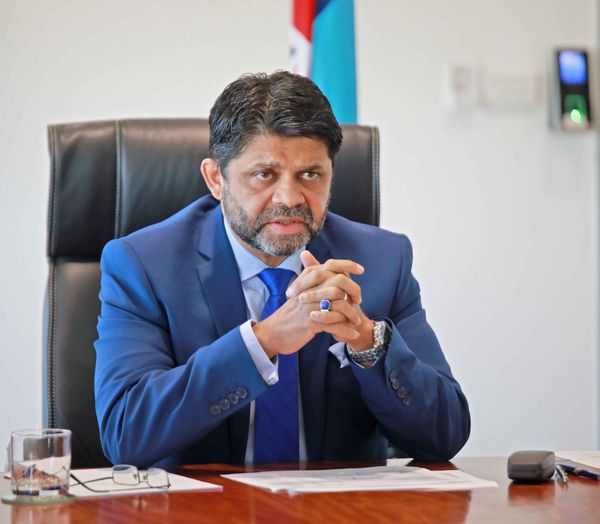 Claims by overseas media that Fiji is on the brink of social unrest have been shot down.

The Australian Broadcasting Corporation’s Pacific Beat service has published an article, claiming the brawl in Jittu Estate, Suva is a sign of things to come.

The article lacks corroboration from any local authority or individual and quotes local reports as saying there are mounting fears of social unrest.

Attorney-General Aiyaz Sayed-Khaiyum said misinformation of this nature is being fed by locals.

“Those reports are being fire-fanned by people in Fiji who are misrepresenting facts. We all know that was not social unrest because of food. Some politicians have made it out to be. This is what happens when you have desktop journalism taking place from off-shore.”

Even Prime Minister Voreqe Bainimarama has refused to acknowledge the article saying he does not need to respond to these types of reports.

Human Rights and Anti-Discrimination Director Ashwin Raj says the incident at the squatter settlement over the weekend should not be used to create a false image of Fiji.

“It’s highly irresponsible and premature of the ABC to take a street brawl in an informal settlement and from there deduce based on some local reports.”

The Fijian Media Association General Secretary, Stanley Simpson has also called out the ABC saying irresponsible journalism at this time can be dangerous.

“Linking that to social wider unrest is not responsible reporting especially in these very challenging and difficult times. We’ve established the facts, that it was a disagreement and confusion among youths.”

An ABC spokesperson has told FBC News that they have verified the claims made in its reporting with multiple firsthand sources in Jittu Estate.

The spokesperson further adds they’ve also quoted a number of different organisations about the potential for unrest in Fiji, including a historian who didn’t think that was a potential outcome.

The spokesperson also says they regularly seek comment from the Fijian Government about the COVID situation in the country.

“There were no winners of that fight except for the virus itself,” he said during a news conference on Wednesday

“These outbursts of violence are never acceptable and they have never posed a greater risk to the wellbeing of our people than today,” Dr Fong said.

“If even one of the dozens involved in the altercation was carrying the virus, every member of that community was placed at risk, the officers involved in breaking up the fight were put at risk, as were their colleagues and members of their families,” he said