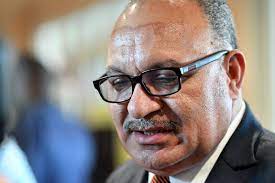 A $1.2 billion(US$810 million) loan extended by the Sydney office of UBS to Papua New Guinea in 2014 bypassed the usual cabinet and parliamentary procedures and was opposed by at least four senior ministers, a royal commission into the costly deal heard Thursday.

In his opening day of evidence, former PNG prime minister Peter O’Neill, who championed the deal, told the inquiry he regarded the transaction as “urgent” and said it was not feasible to put all such “loans and borrowings” through Parliament.

Counsel assisting the inquiry, James Renwick, SC, questioned this answer and noted: “But O’Neill it was a very substantial amount of money.“

The inquiry heard outside legal advice was sought to validate the decision not to seek parliamentary approval.

“Is that best practice to seek external legal advice rather than rely on the advice of the state solicitor or the attorney-general?” Dr Renwick asked.

O’Neill said external advice was sought from time to time.

It is understood that legal advice was given by Norton Rose Fulbright, which has refused to hand over documents to the inquiry, despite the files belonging to a PNG government-owned entity that has given its consent.

A determination of whether the loan required parliamentary approval and therefore complied with Section 209 of the PNG constitution will be one focus of the inquiry. If the loan is deemed not have been properly arranged, UBS could face legal action or sanctions for what could be deemed an illegal transaction.

UBS has refused to co-operate with the inquiry and only acknowledged it had received a request for documents on Wednesday evening, despite the first correspondence being sent on 19 May.

Under the deal, PNG borrowed $1.2 billion from UBS to buy a 10 per cent stake in ASX-listed Oil Search. The highly speculative transaction went bad when Oil Search shares fell sharply in late 2014 and PNG was forced to sell out. The Pacific nation is thought to have lost $400 million(US$302 million) on the deal, while UBS is believed to have made more than $100 million(US$75 million).

O’Neill denied twice during his evidence ever having spoken to or met with UBS’ former head of investment banking, Guy Fowler. This was despite the inquiry being shown an affidavit from a senior public servant stating Fowler asked for O’Neill’s help on an associated transaction.

Fowler is the executive chairman of newly formed investment bank Barrenjoey Capital Partners. He has so far refused to co-operate with the inquiry.

The inquiry heard that the then treasurer, state enterprise minister, petroleum minister and attorney-general had all raised objections to the deal and insisted it required parliamentary approval.

They all said they only saw the highly complex cabinet submission on the day cabinet was asked to approve the deal and that it had not been considered by the relevant subcommittee.

“In short that NEC [cabinet] meeting was bulldozed through by prime minister O’Neill without any regard for due diligence,” said Ben Micah the former minister for public enterprises and state investment.

O’Neill will give further evidence in July.

Kiribati exit from Pacific Forum ‘out of order’ – former president