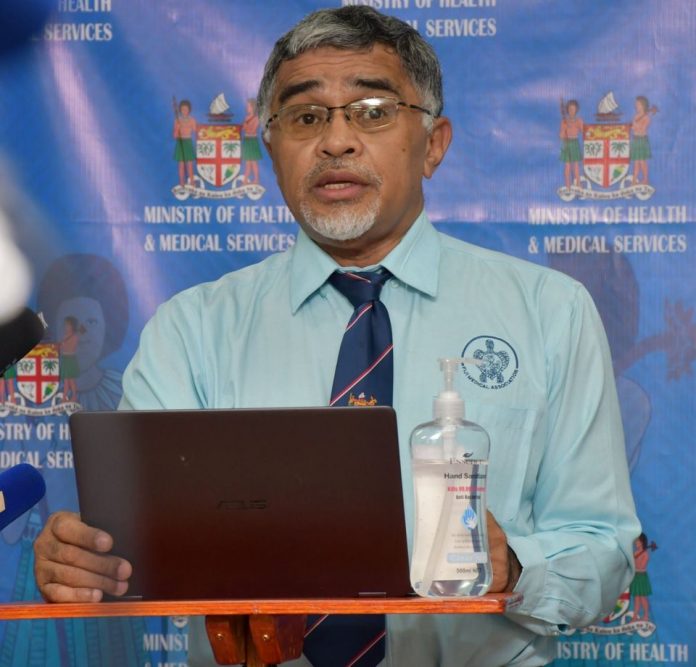 One death and a record 116 new cases of Covid-19 have been confirmed in Fiji.

The Health Ministry said Tuesday night a 73-year-old patient at the country’s main hospital in the capital Suva is the fifth person to die from the virus.
The staggering positive infections take the total number of active cases in isolation to 943.

Health Permanent Secretary James Fong said three other cases had been identified as primary contacts of earlier cases, and the response teams were determining their cluster link.

Dr Fong said 13 cases from the following areas are also under investigation to determine whether they have links to other cases: Mead Road (two), Nasese (one), Princess Rd (one), Vatuwaqa (one), Veisari, Lami (one), Tovata in Makoi (one), Wailoku (one), Koronivia (two), Vanuadina Village, Nausori (one), Naduru, Nausori (one), Nausori Town (one).

“Investigations are also ongoing into three more people who were swabbed at the Valelevu and Raiwaqa screening clinics near the capital Suva.

“There are now also four cases in the Korovou area in Tailevu. Early investigations have revealed that one is a driver that was recruited into the Korovou Covid-19 response team.

“The other three cases are primary contacts of this driver – a relative and other members of the response team.

“Investigations are ongoing into how these cases contracted the virus, and the subdivisional medical team are working to contain this new cluster.”

Fong said the dead patient had been admitted to the CWM Hospital for almost a month for a severe non-Covid related illness and tested positive for the virus 11 days ago.

“Whilst his prognosis was poor, this death has been classified as a Covid-19 death by the doctors treating him. We extend our sincere condolences to the loved ones of the deceased.

“This is the third death during this current outbreak and the fifth Covid-19 death overall for Fiji.

Meanwhile, the Fijian Ministry of Transport has developed protocols to facilitate the travel between Viti Levu and maritime islands.

Permanent Secretary Shaheen Ali said the protocols need to be activated before preparations are finalised.

Ali said the red to green zone movement is complex and requirements increase as they will have to think about quarantine.

“For maritime islands, we have to consider quarantining in the place where people are wanting to go. If they are leaving from Suva, then we will have to think of a quarantine facility here rather in the island where there is less supervision from the Ministry of Health and resources.”

Ali said it’s a matter of getting the stakeholders together to ensure all the arrangements are on the ground.

He said they also need to ensure that people that are moving are registered and Fijians who need to relocate.

The Permanent Secretary has reiterated that the move is for permanent relocation only.