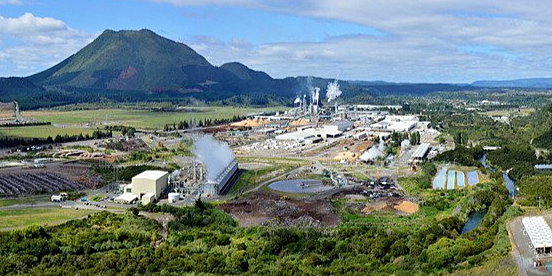 Newspapers across the Pacific are seeking new newsprint suppliers after the 66-year-old Norske Skog paper mill in Kawerau, New Zealand unexpectedly announced it was closing by the month’s end.

The company, which made the announcement on Thursday, did not say how many newspapers in the Pacific relied upon its products to produce their newspapers.

But it is understood that a significant majority of the Pacific’s newspapers are printed on Norske stock.

While newspapers across the region will have varying amounts of newsprint stockpiled, the mill’s closure is not expected to pose a major supply disruption to the region’s newspapers.

Newspaper companies say they are instead looking farther afield to strike new commercial arrangements with suppliers.

Fiji Sun Publisher and Chief Executive Officer, Peter Lomas told the Samoa Observer they had been long anticipating its closure but that they were disappointed to see the Tasman Mill close.

“The Fiji Sun was long aware that the Norske Skog Tasman mill at Kawerau was likely to close. We developed alternative sources out of Asia,” said Lomas.

“But it’s sad to see Tasman go. Like many Pacific Islands newspapers, we had a long relationship. Their paper quality was always excellent. Their support for newspapers and newspaper development in the islands was strong.”

The General Manager of the Port Moresby-based newspaper PNG Post-Courier, Frank Genaia, told this newspaper that the closure of the New Zealand paper mill will not affect their operations.

“We won’t be affected by the closure of the paper mill in NZ. We have other options buying newsprint from Australia,” he said on Thursday.

Norske supplies newsprint to publishers and major print media organisations across the region including Samoa and major newspaper groups in Australia and New Zealand.

Norske Skog announced the closure and sale of its assets in an official statement provided to the Samoa Observer.

“Norske Skog today announced that the Tasman Mill will cease production by 30 June 2021 and that the mill’s assets will be sold,” company official David Quinn said.

“As a result of the decision, employees at the Tasman Mill will be made redundant. The company has advised employees that they will receive their full redundancy entitlements.”

A total of more than 150 workers are likely to be made redundant as a result of the decision. More detailed information on the causes of the mill’s shutdown is expected this week.

Norske Skog’s Regional President, Eric Luck said the key reason for the decision was the ongoing decline of the newsprint industry, which had been further hastened by the impact of COVID-19 on Norske Skog and its customers.

The decision to cease production follows a detailed Strategic Review commissioned in September 2020 that looked at a wide range of possible future options for the mill. (Last year the New Zealand publication BusinessDesk reported that fluctuations in electricity prices were making the mill’s operations).

Luck said the company will work with employees and their union representatives on the implementation plan for the closure of the mill with the aim of making the process as smooth as possible.

He said counselling and outplacement services will be provided to assist employees.

“I know that today’s decision is disappointing and sad for many people. It’s the end of an era, but the structural change in the newsprint industry provided no viable alternative for paper production at Tasman,” said Luck.

“The domestic market for newsprint has shrunk considerably and so too have export markets. COVID-19 has hastened the decline”.

“Norske Skog acknowledges the great efforts of our dedicated team of people at the Tasman Mill, unfortunately today’s announcement is a reflection of the challenges that our industry has faced.”

Luck said Norske Skog would work to conclude the sale process as quickly as possible.

“I would like to acknowledge and thank everyone who has worked at and for the mill over the last 66 years. It has certainly been an important contributor to the local and national economy”, Luck said.

The Tasman Mill commenced newsprint production in 1955 and has produced more than 15 million of tonnes of paper during its 66-year history.

Founded in 1952, Tasman commenced production of newsprint at its Bay of Plenty mill in Kawerau, New Zealand, in 1955.