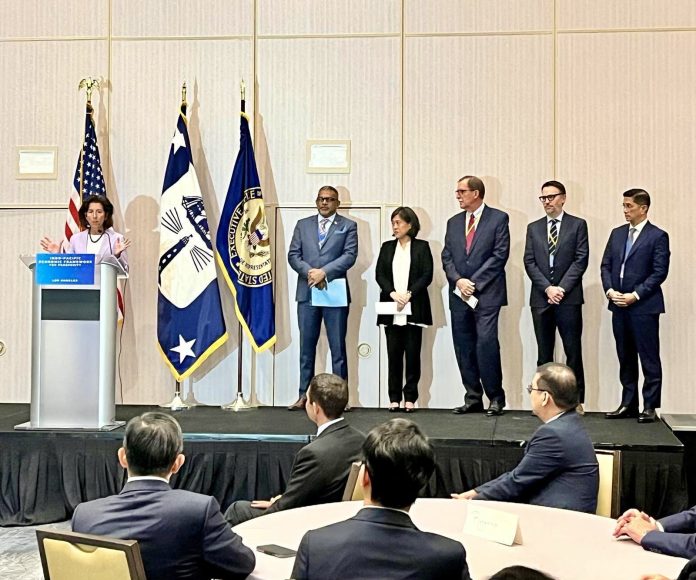 Over 40 civil society organisations are today calling for greater transparency and a break from failed trade models as Ministers from 14 countries meet in Los Angeles today to discuss the Indo-Pacific Economic Framework (IPEF).

The IPEF is a proposed mega-regional trade and economic agreement that is being promoted by the United States.

“The lack of transparency in the talks has meant that civil society organisation is being shut out of critical processes and decisions. The IPEF must break from the previous models of trade that prioritise the needs and wants of big companies in developed nations over genuine development options” commented Adam Wolfenden, Campaigner with the Pacific Network on Globalisation.

IPEF is expected to be a landmark initiative encompassing trade, supply chains, clean energy infrastructure, and tax rules, and is being proposed at a time when the world is increasingly skeptical of corporate power and trade deals. The organisations who have signed the letter – representing a broad swath of labor, environmental, human rights, faith, family farm and consumer organisations – warned the deal could be viewed in the same light as the unpopular Trans-Pacific Partnership (TPP) if it is drafted in a manner that bars the public from reviewing negotiating texts, while corporate advisors maintain access.

“This Ministerial, and possible official launch of negotiations, comes ahead of the U.S hosting Pacific Island Leaders later this month. There will be enormous pressure on PIC Leaders by the U.S to join the IPEF as it attempts to consolidate influence against China in the Pacific region,” continued Wolfenden.

The letter which features national, regional and international civil society organisations states: “If countries choose to move forward with Indo-Pacific Economic Framework (IPEF) talks, they must be based on a new model that prioritises the interests of working people in all countries, as well as the environment, consumers, family farmers and indigenous peoples instead of just big corporations… A transparent and participatory negotiating process is critical to ensuring the best possible outcomes from IPEF or any other future trade negotiations.