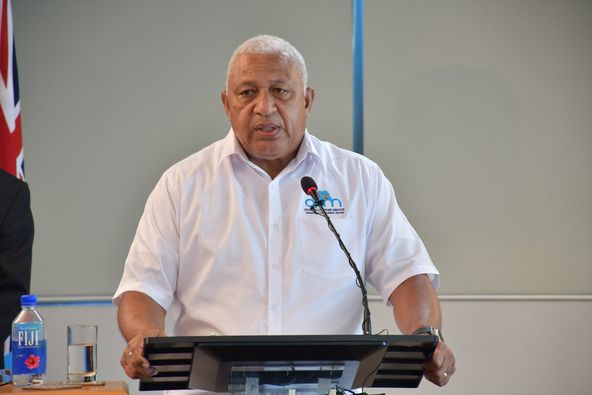 There is no need for a state of emergency to be declared, Fijian Prime Minister Voreqe Bainimarama told Parliament Wednesday.

He was responding to SODELPA MP Niko Nawaikula’s request for Government to look at the option of declaring a state of emergency because of the current situation and the rise in number of COVID-19 cases recorded daily.

In response, Bainimarama said it was within the ambit of the Ministry of Health whether it was necessary to take that option. “There is no need to declare a state of emergency,” he said.

He said they were also working with district representatives in all the provinces in Fiji to ensure COVID-19 health restrictions were followed.

He said 44 isolation communities were set up within the four divisions across the country and he had been receiving updates about the progress on the ground through social media.

SODELPA MP Mitieli Bulanauca said it was also important that village heads and district representatives were informed about the symptoms of COVID-19.

Meanwhile, Health Minister Dr Ifereimi Waqainabete has called on parliamentarians not to term people working on the frontlines of the COVID-19 outbreak as “superspreaders” of the virus.

He was responding to Opposition MP Adi Litia Qionibaravi, who asked what the ministry was doing to ensure frontliners strictly followed COVID-19 protocols, as it appeared from data they were the superspreaders of the recent outbreak.

“The frontliners are given strict adherence protocols they are to follow but we also know that there are individuals that may be different, that may not be able to follow all the individual protocols to task,” he said.

“When we do find breaches, we deal appropriately with them, including those that are from other departments, agencies and ministries.”

Dr Waqainabete said frontliners were doing their best for the nation and deserved the country’s respect and support.

“I can assure this august House that the frontliners will give their best for this nation,” said Dr Waqainabete.