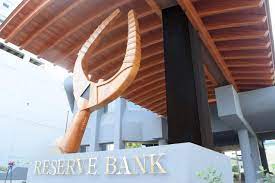 The recent pandemic shock will further affect fiscal revenue collections and increase expenditure commitments of the Government, forecasts the Reserve Bank of Fiji.

The central bank also warned that if the pandemic was not contained, it would exacerbate the downturn in many sectoral outputs, further dampen consumption activity and weaken the already fragile finances of many businesses.

The review also highlighted the weak economic environment with private sector credit contracting for the tenth consecutive month over the year in April.

According to the RBF net domestic credit decelerated to 0.7 per cent, weighed down by reduced lending to the private sector (-3.7 per cent).

Meanwhile, on the external front, Fiji’s merchandise trade deficit continued to narrow on the back of reduced economic activity whereby in the year to February, the trade deficit narrowed by 25.9 per cent to $354.4m(US$174.4 million) as a result of a higher decline in total imports (-21.1 per cent) relative to total exports (-13.2 per cent).

The RBF also noted that the second wave of COVID-19 infections and the continued closure of borders for tourism was weighing heavily on Fiji’s near term growth prospects with an economic contraction likely for this year, adding that for 2022, the outlook remained dependent on how the economy weathers the pandemic and, how soon tourism activity resumes.