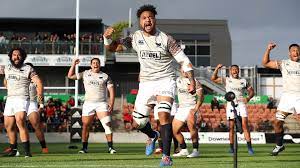 Super Rugby is about to get a Pacific injection with Moana Pasifika and Fijian Drua officially confirmed as entrants in a new competition next year.

New Zealand Rugby confirmed the addition of the two Pacific franchises in a new competition for 2022 at a media conference this afternoon after months of rumours swirling around their involvement.

“In a significant step forward for Pacific Island rugby, Moana Pasifika and the Fijian Drua have been granted conditional licences to join a planned new professional competition next year, New Zealand Rugby (NZR) announced today,” NZR said in a statement.

“The NZR Board’s decision to approve licences is a major step toward the two Pasifika teams joining NZR’s existing five Super Rugby Aotearoa clubs and Rugby Australia’s (RA) five Super Rugby AU teams in a new tournament being planned for 2022 and is conditional on their final business plans and RA’s support.”

NZR Board Member and former Manu Samoa and All Blacks legend Sir Michael Jones said the announcement was a significant milestone.

“We are now on the cusp of realising a long-held desire to include Pasifika in our professional game and the opportunity to embrace all that comes with that.

“With the approval of licences, Moana Pasifika and the Fijian Drua can now forge ahead with the final stages of their business plans and crucially start to lock in their playing and coaching rosters for next season. It’s an exciting time for rugby.”

Moana Pasifika – who showed early signs of promise last year in a 28-21 loss to the Māori All Blacks – is a combined Samoa and Tonga side likely to be based in South Auckland.

Fiji Drua could be based in Suva after building a formidable reputation playing in the Australian National Rugby Championship since their formation in 2017.

In November, Fijian Drua and Moana Pasifika were announced as New Zealand Rugby’s preferred partners to join an expanded 12-team competition subject to a range of conditions, mostly financial, to show that they were capable of funding each franchise to the tune of $10 million(US$7 million) a year.

NZR CEO Mark Robinson said they were confident both franchises could deliver.

“We are moving into the final phase of planning for 2022 and beyond, and we have confidence that Moana Pasifika and the Fijian Drua will be able to meet the conditions of the licence, which includes final sign off on a sustainable business plan by 30 June.

“In the next two months we will be working with Rugby Australia and the two Pasifika teams to formalise their place in the new competition for what we believe will kick off an exciting, new era for the professional game.”